Did You Get Your Mail Ballot Misinformation Mailer? 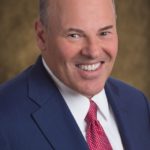 Denver7’s Robert Garrison reports on the latest attempt by the Trump-addled United States Postal Service, deliberately and/or by sheer incompetence, to screw up mail balloting that has worked flawlessly for years in Colorado elections:

Colorado Secretary of State Jena Griswold announced Saturday her office filed a lawsuit against the U.S. Postal Service over a pre-election mailer being mailed out to every postal customer.

Griswold contends that the USPS mailer is misleading and will cause confusion for Colorado voters. 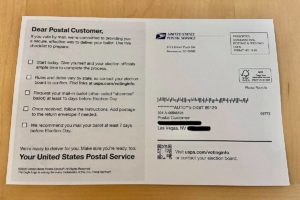 The postcard in question.

AP’s Jim Anderson reports that after a temporary restraining order was granted halting the delivery of these postcards containing incorrect and incomplete information about mail ballots in Colorado, USPS had the effrontery to argue it’s too much work to stop them:

The USPS mailer tells voters they must request a mail-in ballot for the November elections. In Colorado, every registered voter receives a mail ballot.

The mailer also recommends that voters mail back their ballots at least a week before the Nov. 3 Election Day. Griswold argued that could make people believe they must mail their ballot in but voters in Colorado can mail their ballots, drop them off at drop boxes or voting service centers, or vote in person…

The postal service asked Martinez on Sunday to reconsider, arguing that more than 200,000 postcards were in the process of being delivered. It said the judge’s order would be “extremely burdensome, requiring examination of mail by thousands of postal employees.” It added it had ceased processing of other Colorado-bound postcards.

Given that these postcards have apparently already been delivered in many states, we suppose it’s possible their delivery in some cases can’t be physically prevented to Colorado households despite the restraining order. But if they can be recalled at any expense, they should be. If delivered, the errors in this postcard with respect to how mail ballot elections in Colorado work are very likely to result in a flood of erroneous calls to the Secretary of State’s office requesting mail ballots that will already be mailed, taking staff time and resources away from their actual jobs. While maybe not as egregious as telling voters to get their ballots in by Election Wednesday, it’s another example of incompetence, indifference, or both from a vital government service provider Americans counted on for generations before Donald Trump became President.

Call it another case of those who say “government doesn’t work” proving it’s true–when they’re the government.