Colorado congressional candidate Lauren Boebert has apparently deleted a YouTube account where she had subscribed to receive videos from multiple QAnon channels.

Alex Kaplan, a researcher with Media Matters for America, first pointed out on July 1 that Boebert apparently subscribed to receive the QAnon content on YouTube.

Kaplan’s tweet about Boebert’s QAnon subscriptions, which show that she was apparently following QAnon, came just after she said, “I don’t follow QAnon.”

Boebert first tried to distance herself from QAnon, saying she wasn’t a follower, the day after she won the June 30 Republican primary, when numerous stories about her upset victory reported that she’d once said, as first chronicled by Right Wing Watch in May, that she hopes QAnon is real. QAnon is a widely condemned conspiracy, built largely around the idea that government workers are out to undermine Trump to prevent him from exposing a child sex trafficking network run by Democrats and Hollywood celebrities.

Kaplan reported that Boebert’s apparent YouTube handle, “Boebert0477,” matches a handle she apparently used to use on Twitter. Multiple entities tweeted to her at the Boebert0477 account.

Colorado's Lauren Boebert, who won her congressional primary yesterday, appears to have a YouTube account where she has subscribed to multiple QAnon channels. Part of the URL for the YouTube account matches with a handle she apparently used to use on Twitter. (h/t @ehananoki) pic.twitter.com/HtQdFEYPNK

She apparently deleted her Boebert0477 Twitter account as well, but it’s not clear when it was deleted.

A Google cache version of the account is still available online, which shows her name on the account and links to three QAnon channels. 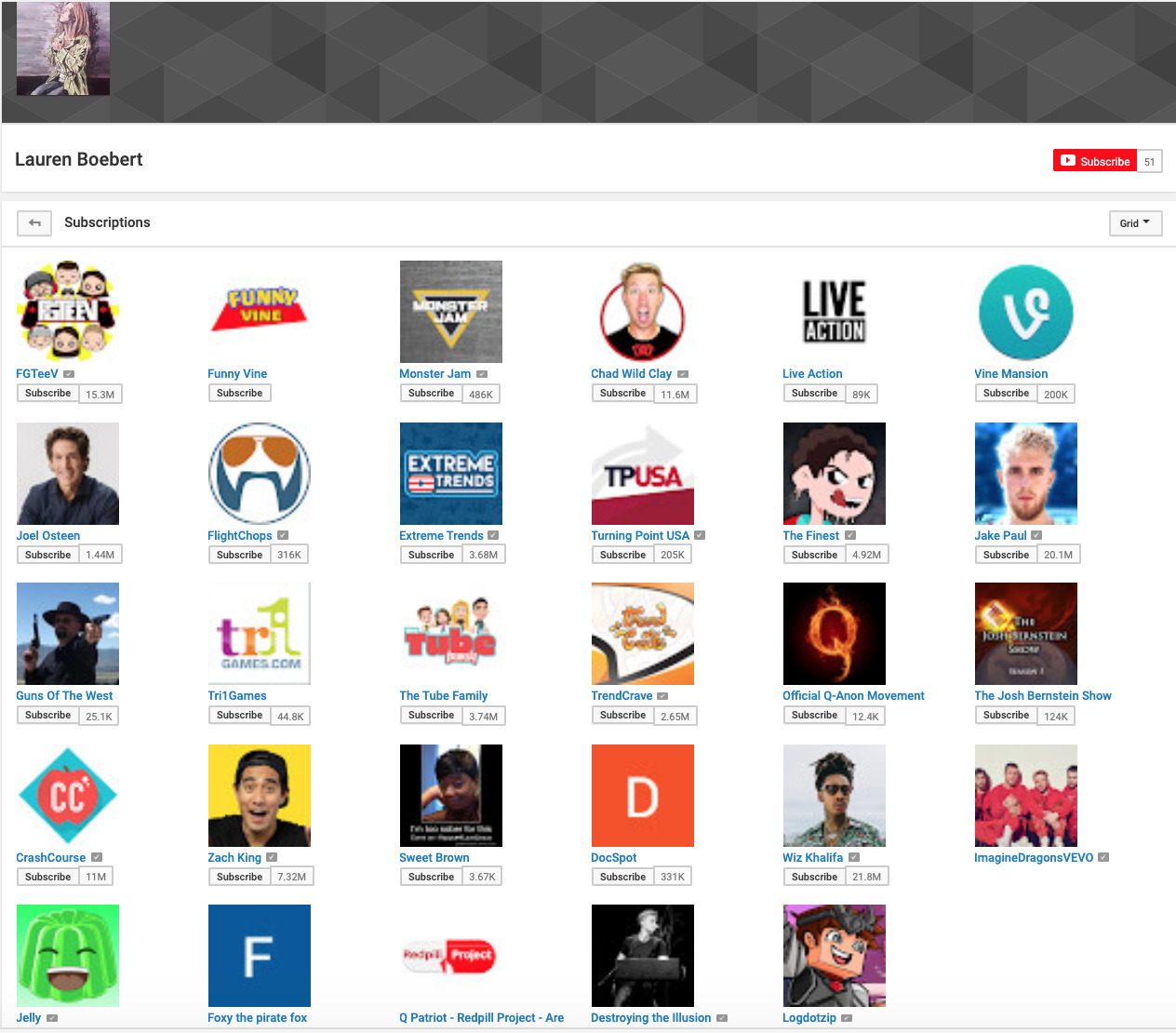 An Etsy account, with Boebert’s photo and the same “Boebert0477” name still exists.

Boebert’s campaign didn’t respond to an email asking about the deletion of her YouTube and other social media accounts–and how the apparent fact that she subscribed to QAnon channels on YouTube squares with the fact that she’s said she’s not a follower of QAnon?