Trump Campaign is Running on Fumes 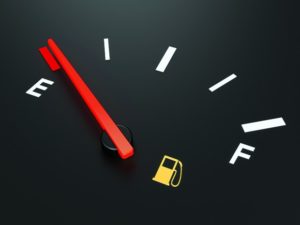 As The New York Times reported on Monday, the re-election campaign for President Trump has burned through whatever cash advantage it might have had over Democrat Joe Biden, whose campaign raised a staggering $364 million IN AUGUST ALONE. The Trump campaign has still not disclosed its fundraising numbers for August.

According to the Times, Trump’s campaign has somehow managed to burn through more than $800 million of the $1.1 billion it raised from the beginning of 2019 through July 2020. Trump replaced campaign manager Brad Parscale in July, elevating Bill Stepien to the top of the re-election pile, and it’s no stretch to suggest that Parscale’s budgeting troubles led to the change. As the Times explains:

Under Mr. Parscale, more than $350 million — almost half of the $800 million spent — went to fund-raising operations, as no expense was spared in finding new donors online. The campaign assembled a big and well-paid staff and housed the team at a cavernous, well-appointed office in the Virginia suburbs; outsize legal bills were treated as campaign costs; and more than $100 million was spent on a television advertising blitz before the party convention, the point when most of the electorate historically begins to pay close attention to the race.

Among the splashiest and perhaps most questionable purchases was a pair of Super Bowl ads the campaign reserved for $11 million, according to Advertising Analytics — more than it has spent on TV in some top battleground states. It was a vanity splurge that allowed Mr. Trump to match the billionaire Michael R. Bloomberg’s buy for the big game.

There was also a cascade of smaller choices that added up: The campaign hired a coterie of highly paid consultants (Mr. Trump’s former bodyguard and White House aide has been paid more than $500,000 by the R.N.C. since late 2017); spent $156,000 for planes to pull aerial banners in recent months; and paid nearly $110,000 to Yondr, a company that makes magnetic pouches used to store cellphones during fund-raisers so that donors could not secretly record Mr. Trump and leak his remarks.

The Times also reported that Parscale had his own car and driver, which is most definitely not a normal thing for a campaign manager.

We have this many monies.

President Trump spoke about his campaign’s finances on Tuesday, promising that he would self-fund his re-election campaign if necessary. Via POLITICO:

Trump denied Tuesday that his campaign was in dire financial straits but pledged he would contribute “whatever it takes” from his own personal fortune to ensure the success of his reelection effort.

“If I have to, I would,” Trump said of potentially donating to his campaign. “But we’re doing very well. We needed to spend more money up front because of the pandemic and the statements being made by Democrats, which were, again, disinformation.”

Bloomberg News reported today that Trump is considering self-funding his campaign to the tune of at least $100 million, though it’s unclear how plausible this might be for a man whose personal wealth is famously fungible.

Biden’s campaign has been outspending Trump by a better than 10-to-1 margin in recent weeks, including huge disparities in key battleground states such as Pennsylvania. The Trump campaign recently went dark (off the air) in Arizona, for example, and may not return to the airwaves in that state until October.