This is Not How to Do Police Reform 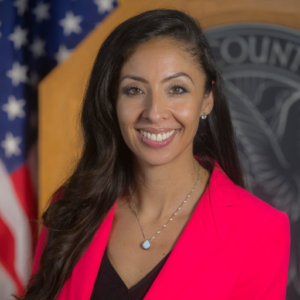 The Denver City Council will hold its regular weekly meeting tonight, where one City Council member hopes to force a vote on a massively-consequential proposal that she hasn’t even sketched out herself.

As Conrad Swanson reported last week for The Denver Post:

Denver City Councilwoman Candi CdeBaca wants to place a measure on the city’s November ballot asking voters to abolish the Denver Police Department and create a “peace force” in its place.

The actual language of the measure that CdeBaca wants to place on the ballot has not yet been published, but the councilwoman filed a placeholder to the City Council’s Monday agenda that bypassed the normal committee process. Her lack of a specific ballot question or communication with fellow council members may spell problems with getting the council support needed to put the measure before voters in November.

CdeBaca said while she wants the proposal to make it to the November ballot, she doesn’t realistically expect it to pass the council. Rather, the measure is a useful way to force her colleagues to vote publicly on the issue, she said.

She questioned whether the rest of council will kill the proposal before the public has a chance to comment and make their case for change. [Pols emphasis]

Denver City Councilwoman Candi CdeBaca wants the public to be able to comment on a proposal that nobody has seen — and to force a City Council vote on a completely undefined ballot measure less than 7 weeks before ballots arrive in mailboxes — on an issue as big and consequential as abolishing the entire Denver Police Department in favor of some sort of unexplained “peace force.” We understand that people are anxious for movement on efforts to reform police departments in Colorado and throughout the country, but this is absolutely not how to speed things up.

CdeBaca tells the Post that this sort of thing is “what people have been demanding and asking of us for the last few months.” We generally pay pretty close attention to the news, but perhaps we missed the rally where Denver residents chanted, We want something vague! When do we want it? Now!

We’ve been critical of Sen. Cory Gardner’s shameful attempts at pretending to support protections for people with pre-existing conditions by submitting a bill title with no bill text. CdeBaca’s demand isn’t quite as transparently disgusting as what Gardner is doing, but it is still deeply irresponsible. As Alayna Alvarez wrote on Friday for the publication formerly known as the Colorado Statesman:

A handful of councilors told Colorado Politics they were caught completely off guard when they learned late Thursday, and some not until Friday, from the Denver City Council’s Monday agenda that CdeBaca had direct-filed three major proposals that would change the city’s charter and therefore require voters’ approval on the Nov. 3 ballot…

…CdeBaca’s proposal has not yet been formalized into a bill. Instead, she direct filed the proposal by title, with a memo that outlines the forthcoming legislation — a tactic Councilman Kevin Flynn called “completely inappropriate and, frankly, insulting to the body.” [Pols emphasis]

Historically, he said, the council has had filings by title only as a rarity, “never for a charter amendment intended for a ballot that is only 80 days away on a fundamental structural change proposal that has had absolutely no outreach, engagement or transparency,” Flynn said in an email to Colorado Politics. “I don’t believe the concepts outlined in the memo can even be formed into an actual bill and ballot question by Monday.”

The deadline for placing a measure on the ballot via the direct file process is August 31, but because proposals of this nature need a full reading in two separate Council sessions, next Monday the 24th is effectively the last opportunity to propose something completely new. Even if CdeBaca were to present a fully-drafted idea to the City Council by tonight, we’re talking about a HUGE question to put before voters with very little time for open discussion before ballots arrive in mailboxes.

CdeBaca is pushing two other ballot proposals that have actual language included with a title: 1) Giving the Denver City Council appointment power over the Independent Monitor, and 2) Creating a nominating commission for the city attorney. Both items will be read for the first time at tonight’s Council meeting.