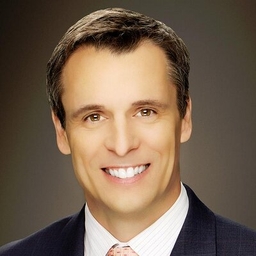 Meteorologist Marty Coniglio, a staple of Denver TV weather for three decades, left 9News Friday, a day after he compared, on social media, federal troops in U.S. cities to Nazis…

Mark Cornetta, the station’s president and general manager, said in an email that “Marty is no longer employed by 9News.” He declined to comment on the circumstances surrounding his exit.

Thursday morning, Coniglio tweeted “Federal police in cities … now where have I seen that before?” with a picture of Nazi soldiers posing in front of a Swastika banner.

Comparing the brave men and women of our law enforcement community to Nazis is absolutely reprehensible. pic.twitter.com/48w0TuBxce

We’ll have to wait until Coniglio is at liberty to discuss what happened to know for sure, but it looks like Ken Buck won this war of words. And the rest of us are left to sort out what this means. No doubt there will be well-reasoned arguments that a TV meteorologist’s job is not to make the most incendiary comparison available to modern politics, lest a portion of the station’s audience be offended out of turn. And it’s true that free speech does not automatically confer a right to a platform to distribute your speech, though in this case Coniglio was Tweeting from his personal account.

The counterargument to all of this is that everyone, regardless of their social or vocational station, needs to be urgently making the comparison Marty Coniglio made right now–and to punish anyone for doing so in this moment of national peril is to take the wrong side of history in that moment.

9NEWS has made their choice, and now 9NEWS’ viewers will have to make theirs.