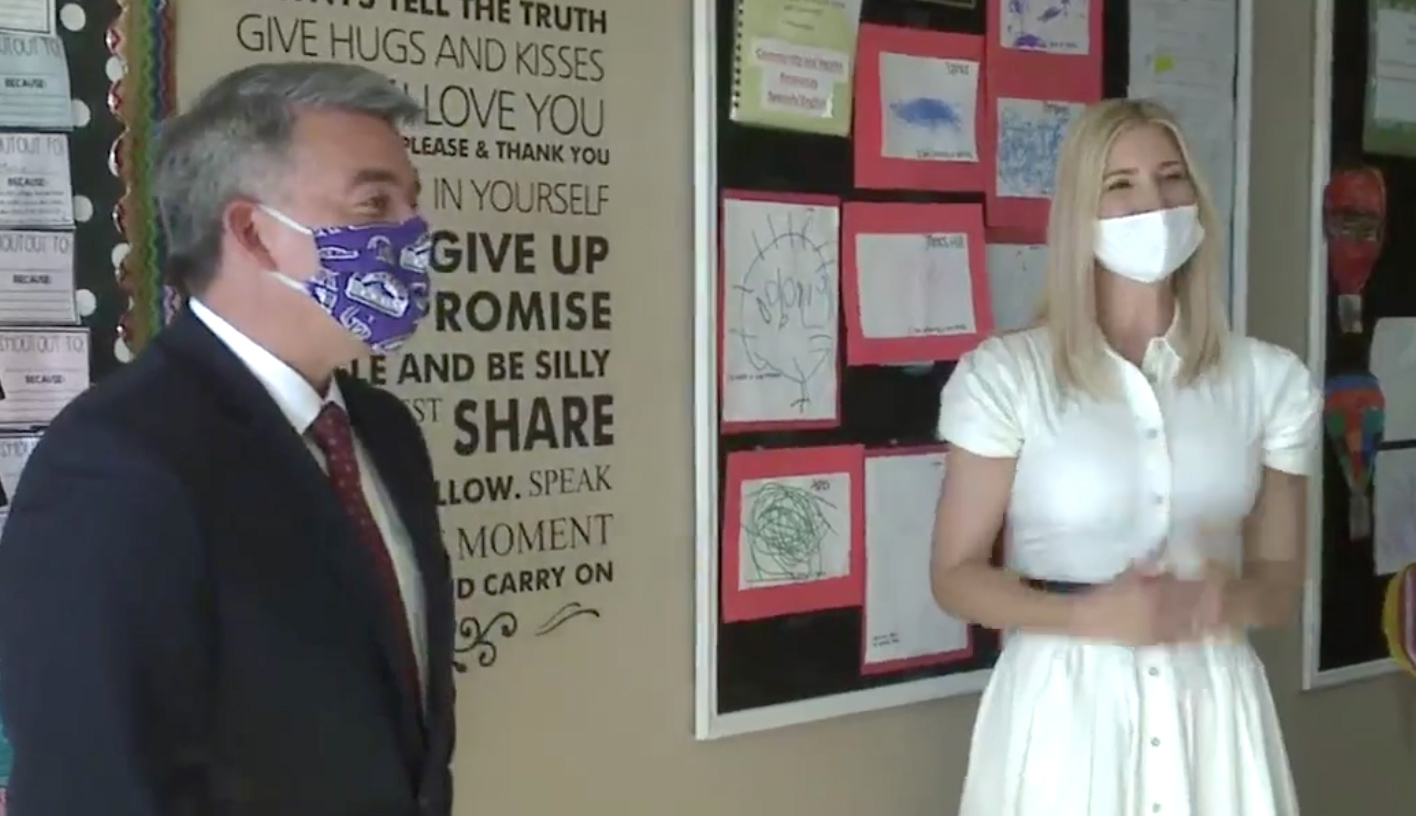 This morning, America’s Princess™ Ivanka Trump was joined for a campaign stop in Greenwood Village (yes, that Greenwood Village) by Colorado’s own Sen. Cory Gardner, the most vulnerable Republican U.S. Senator up for re-election in 2020, and a tour of a local day care center. An appearance by Gardner in Colorado for any reason is a rare enough event to deserve news coverage, though it can be argued that choosing a pre-school instead of the public forum events Gardner has studiously avoided since 2017 doesn’t exactly count as public engagement.

And as The Hill’s Jordain Carney reports, Gardner has some…adult questions to answer:

“This weekend, millions of Americans will lose their Unemployment Insurance, will be at risk of being evicted from their homes, and could be laid off by state and local government, and there is only one reason: Republicans have been dithering for months while America’s crisis deepens,” the congressional Democratic leaders said in a joint statement…

Pelosi and Schumer noted in their joint statement that they had been expecting to negotiate during the upcoming weekend. With Republicans not expected to release their opening offer until Monday, those talks are not expected to take place. [Pols emphasis]

The collapse of intra-GOP negotiations over the next round of economic stimulus legislation yesterday, putting off the introduction of their starting point for negotiations with Democrats until next Monday at the earliest, is another political nightmare for Cory Gardner, who has morphed from a fiscal hawk denouncing economic stimulus bills under Barack Obama to “Santa Cory” enthusiastically backing stimulus today. As Denver7 reports, hundreds of thousands of Coloradans are now in the financial lurch as the extra unemployment benefits they’ve been receiving since the CARES Act are set to expire Saturday:

An estimated 330,000 Coloradans are still receiving the $600 per week Federal Pandemic Unemployment Compensation benefit that is set to expire Saturday, the Colorado Department of Labor and Employment said Thursday.

The PUC benefit is provided to anyone receiving regular unemployment or federal Pandemic Unemployment Assistance benefits and is set to expire this weekend, with Congress still trying to decide what the details of the next COVID-19 stimulus package will be and if that will include any extended unemployment benefits.

So in a way, this was the perfect location for Cory Gardner and Ivanka Trump to meet up and exchange mutual admiration for Making America Great Again. 330,000 Coloradans may not know what the future holds as we write this, but this campaign stop simply wasn’t about them.