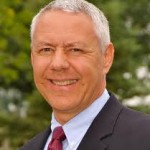 The latest data from the Colorado Department of Public Health and Environment shows that Weld County, with a population around 350,000, now has the most number of COVID-19 fatalities of any county in the state–more than several counties with around twice Weld County’s population including the City and County of Denver. We noted a week ago that Weld County was tied with El Paso County on this tragic data point, but since that time El Paso has fallen behind Arapahoe County and Denver while fatalities in Weld have continued to grow.

Weld County is represented in Congress by Rep. Ken Buck, the former DA of Weld County who has become a nationwide lightning rod in the debate over the response to the pandemic. Buck’s high-profile votes against coronavirus relief legislation and vocal criticism of stay-at-home orders, bitterly complaining over the weekend about a new “bailout mentality” and his unjust inability to attend Easter Sunday services, have continued even as the death toll in Buck’s district has soared.

And as Rep. Buck heads back to Washington this week, his lackadaisical disregard in responding to the COVID-19 pandemic apparently continues without interruption:

WATCH OUT AIR TRAVELERS. MASKLESS CONGRESSMAN IN AIRPORT @RepKenBuck boards a plane this am in the metro area with no mask on his face. “I’ll be getting on a plane on Monday & heading back to DC, and I have no plans on wearing a mask” https://t.co/QJCJ6sigfe #covid19 #copolitics

Rep. Buck’s high-visibility opposition to both relief funds to economically soften the blow of the pandemic, as well as public health orders to stay at home which Buck blames for the economic damage inflicted by the pandemic instead of the pandemic itself, have given him some of the widest publicity he has enjoyed since his election to Congress. No doubt the appearances on Fox News and mentions in a disproportionate number of stories about the relief bills than he would ever have garnered as just another near-unanimous yes vote have motivated Buck to stay his contrarian course–and operating on the disputed theory that there’s no such thing as bad publicity, it makes a kind of sense.

But to keep doing this today, after Buck’s home county has become the state of Colorado’s deadliest pandemic hotspot, reflects such a degree of fundamental disregard for the best interests of the people he represents that we can hardly find the words to express it. That any elected official could be sufficiently disconnected from what’s happening to their own constituents to feel at liberty to behave this way in the midst of such historic suffering indicates–and it is very distressing to write this–the checks and balances we rely on in our representative democracy have broken down.

Because unless something happens we cannot now foresee, Weld County is set to happily re-elect him.