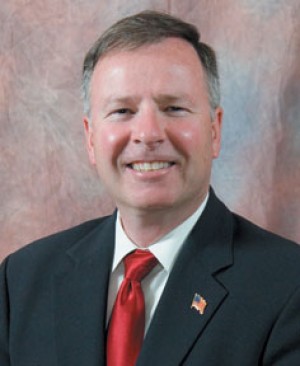 U.S. Reps. Scott Tipton, Ken Buck and Doug Lamborn have co-sponsored a House resolution that condemns the Chinese government’s response to COVID-19 and asks the country to take responsibility for originating the novel coronavirus…

Tipton blamed the severity of the global pandemic on the Chinese government’s failure to act quickly and be “immediately forthcoming” about what it knew. “This recklessness by the Chinese government cannot be tolerated, and they should face severe consequences including sanctions and reparations to nations they have impacted,” he said.

Thanks to @RepGallagher, @RepTrentKelly, @RepDLamborn & @RepMikeTurner for joining my Resolution with @HawleyMO to hold China accountable for their #COVIDー19 coverup. China’s deliberate misinformation campaign must not go unchecked by the United States. https://t.co/FPsPUHjTqo

Here’s the intro to House Resolution 907:

Expressing the sense of the House of Representatives that the Government of the People’s Republic of China made multiple, serious mistakes in the early stages of the COVID–19 outbreak that heightened the severity and spread of the ongoing COVID–19 pandemic, which include the Chinese Government’s intentional spread of misinformation to downplay the risks of the virus, a refusal to cooperate with international health authorities, internal censorship of doctors and journalists, and malicious disregard for the health of ethnic minorities.

In psychology, the term “projection” refers to ascribing one’s own flaws and insecurities to another party in order to assuage one’s own guilt. The accusation that the People’s Republic of China made “multiple, serious mistakes in the early stages of the COVID–19 outbreak” may have basis in fact, but this allegation applies every bit as well to the early response by the United States government to the COVID-19 pandemic.

That should be the priority of the U.S. House of Representatives, not China.

President Donald Trump’s weeks of denial of the severity of the pandemic, insisting that the virus would “go away” and that the number of cases was declining, perfectly fit the accusation in this resolution of “intentional spread of misinformation to downplay the risks of the virus.” Trump called the World Health Organization coronavirus test used to good effect in other countries “a bad test,” which could fairly be called “a refusal to cooperate with international health authorities.” While we wouldn’t say that scientists in the United States have been “censored,” watching Dr. Anthony Fauci facepalm while Trump fictionalizes the latest pandemic updates seems close enough. Finally, there’s the “malicious disregard for the health of ethnic minorities.” Check.

We all accuse the other side of being crazy, but in this case we think a clinical explanation might honestly be right. We’ll leave it to qualified psychologists to make the diagnosis, but we will say that rarely does the projection so perfectly characterize the original sin.