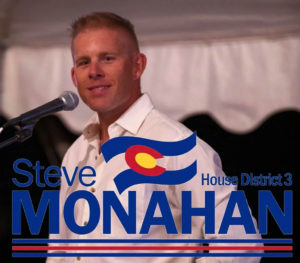 A Republican race for an Arapahoe County legislative seat could be headed toward turmoil, as one of the two candidates is registered as an Unaffiliated voter, potentially disqualifying him from running for office as a Republican under Colorado law.

It’s Monahan who’s officially an Unaffiliated voter, according to records obtained from the Colorado Secretary of State’s website, which also contains information about rules that prohibit a candidate from running for office with a party without being a member of that party. Colorado law states that a candidate must be registered with the party they are running with by the first business day in January of the election year.

Lack of appropriate party registration isn’t the only element of Monahan’s candidacy filing that appears to be out of order. Each candidate must submit a signed affidavit that lists contact information, including a physical and addresses. Monahan lists a Greenwood Village UPS Store post office box for both sections.

The results of the Arapahoe County Republican Party’s assembly, which was conducted online, are not available on the party’s website. An email to the party chair asking for the results, was not returned Wednesday.

If Monahan loses the assembly vote, then his registration as an Unaffiliated voter is irrelevant. 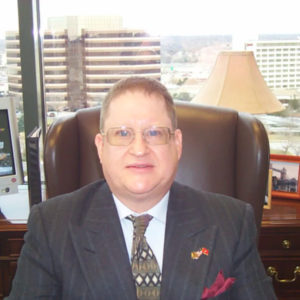 But if he wins, then Klocek could challenge the election results with the state party, but this would have to be done within five days after the Secretary of State confirms the results of the Arapahoe GOP assembly.

The Secretary of State’s office did not immediately reply to an email inquiry about whether the results for the House District 3 GOP assembly race were confirmed.

A call to Monahan, who’s a private pilot running for office for the first time, was not immediately returned.

In a brief call with the Colorado Times Recorder, Klocek did not appear to have any knowledge of Monahan’s registration status as Unaffiliated.

Frolich was appointed to the House District 3 seat by fellow Democrats after Jeff Bridges resigned to fill a state Senate vacacancy. Bridges beat Republican Toren Mushovik in 2018 by a whopping 23 points.