Ken Buck on Coronavirus: Do As I Say, Not As I Do

When it comes to social distancing to prevent the spread of the coronavirus, Congressman Ken Buck (R-CO4) appears to be taking a “do as I say, not as I do” approach. While he has said people should try to avoid publics places for the next months, and that “elderly Americans…should be concerned” about the coronavirus, he is also still attending group events and has been photographed shaking hands with senior citizens. 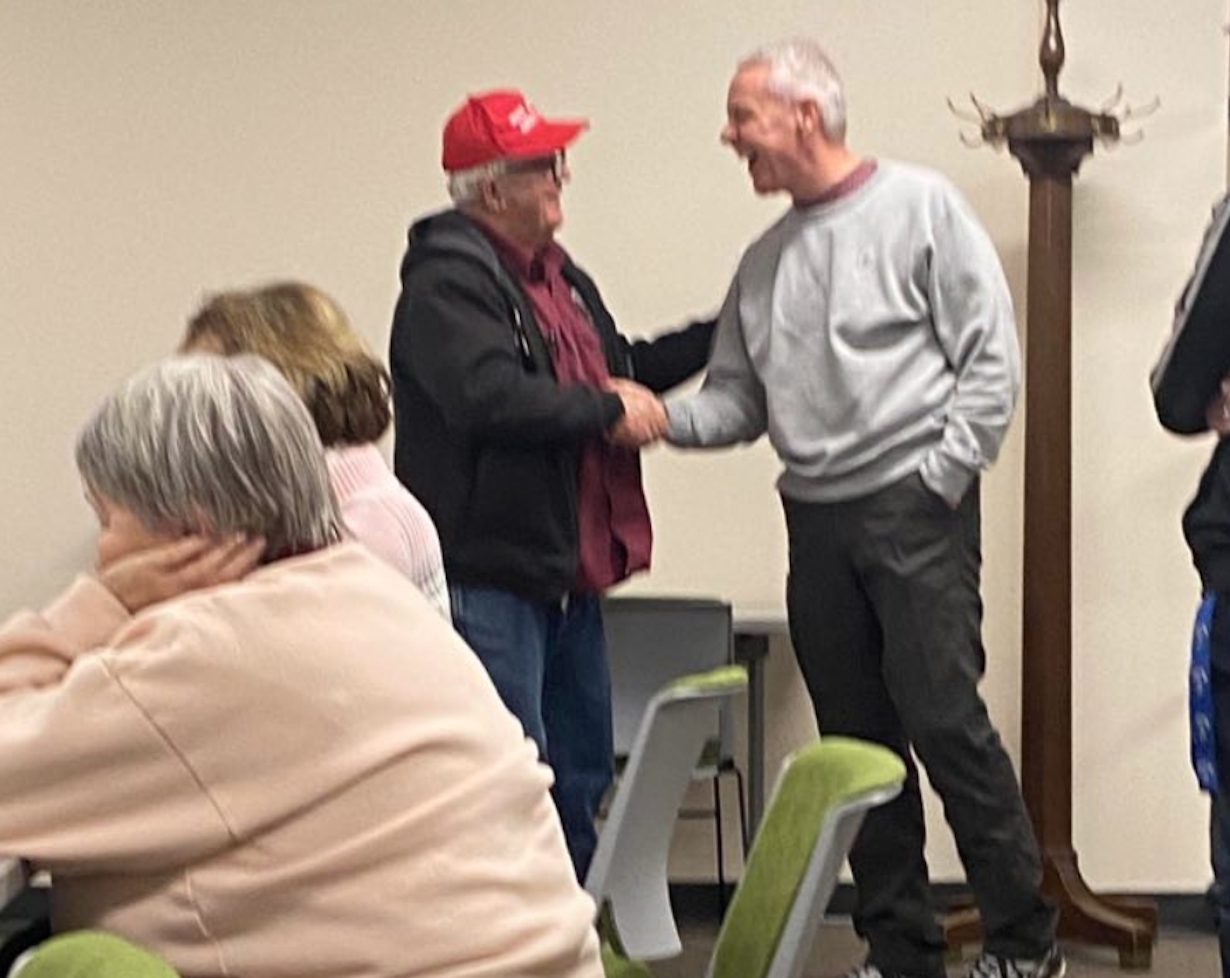 Following the Weld County Republican Party Assembly on March 21, Donna Windholz posted a picture of Buck, who also serves as Chairman of the Colorado Republican Party, enthusiastically shaking hands with Lynn Miller at the Weld County Clerk’s Office. Lynn Miller is the husband of former state representative Pat Miller, who is once again a legislative candidate, 27 years after she last left office. Windholz believes Buck was improperly using his position as state party chair to support Miller over other primary candidates.

Congressman Buck’s notable disregard for social distancing reinforces his statements earlier this week, when he told the Denver Post, “it’s just craziness to shut down businesses.” He also mentioned that “elderly Americans…are rightly concerned about the virus.” Lynn Miller, the man with whom Buck is shaking hands in the image above, is 73 years old.

His position differs from other members of the Colorado delegation, who have supported Governor Polis’ decisions to close non-essential businesses and public gathering places.

Buck’s hasn’t been shy about being a contrarian on the issue of stopping the coronavirus. He was one of only two House votes against the $8.3 billion federal aid bill signed by President on March 6.

The following week, Buck held a telephone town hall. As part of a longer answer about whether or not people should stop attending church, Buck noted that he continues to shake hands with constituents and that he is “not a good example of someone who avoids social contact.”

His full answer, transcribed below included contradictory statements as to whether one should or shouldn’t attend church, but at least as of March 11, Buck said that he would still be going.

Calls to Buck’s press office last week have not been returned.

Congressman Ken Buck: Well, I have to tell you, there are occasions where I am stuck in the swamp on Sunday and I will go online and look at a church service.

We’re probably looking at a month down the road when we start to see the downward trajectory on this disease and on the spread of the disease. And so I would say that if you can for the next four or five weeks, avoid public places, I would recommend it.

I went to church this past Sunday and I plan on going to church this coming Sunday. So I get on airplanes twice a week. I am in the Capitol Complex shaking constituents’ hands and visiting with people all the time. So I am not a good example of someone who avoids social contact, but I do feel strongly that if there are ways to participate in important activities like church, but doing it online, I would I would recommend that.

So I don’t have a bunch of pastors calling me in the office tomorrow- make sure that you contribute online also and keep up your tithing so that when you’re when you’re watching online, the churches don’t suffer because they do so many important charitable functions for people in the community.