Trump Coming Back to Colorado to Raise Money for Gardner

UPDATE: Colorado GOP kingpin Larry Mizel invites you, provided you have the coin: 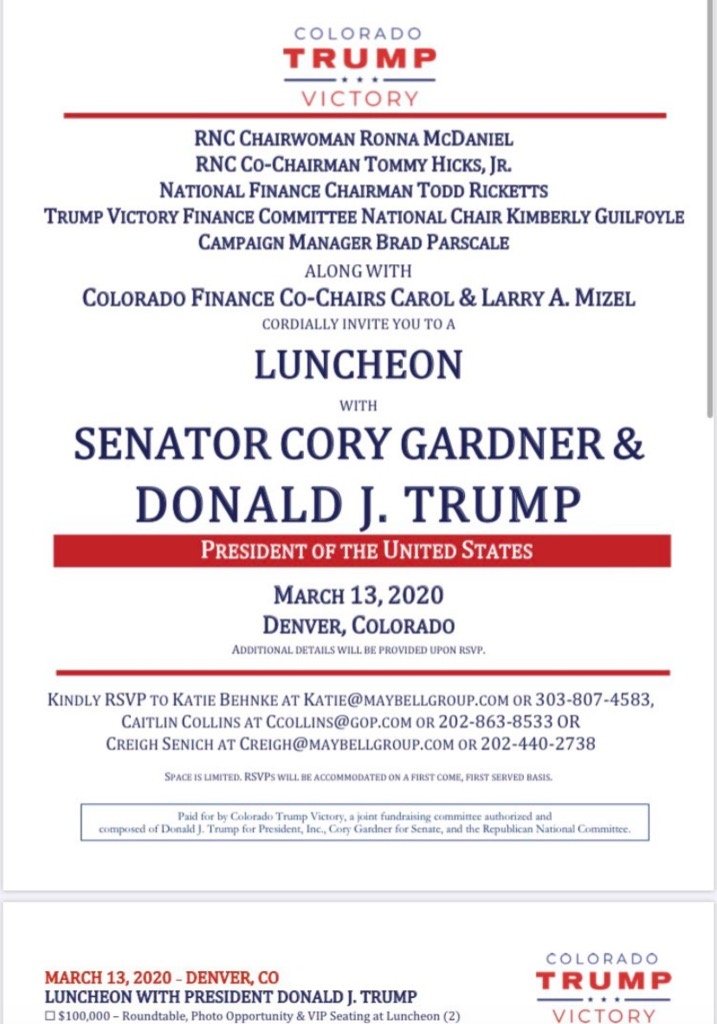 President Donald Trump will return to Colorado to attend a high-dollar fundraiser in the Denver area for U.S. Sen. Cory Gardner on March 13, Colorado Politics has learned.

It will be Trump’s second visit to the state in a month, following his appearance at a “Keep America Great” rally in Colorado Springs on Feb. 20…

…Gardner, considered the most vulnerable Republican senator on the ballot next year, stood by Trump at every turn during the recent impeachment proceedings, voting against calling additional witnesses in the Senate trial before voting to acquit Trump.

And, of course, no story featuring Colorado Sen. Cory Gardner would be complete without a line like this:

A spokeswoman for the Gardner campaign didn’t respond to a request for comment.

We’ll update when we get more information about whether this is a full-fledged fundraising event or one of those things were everybody has to go huddle inside an airplane hanger next to Air Force One.