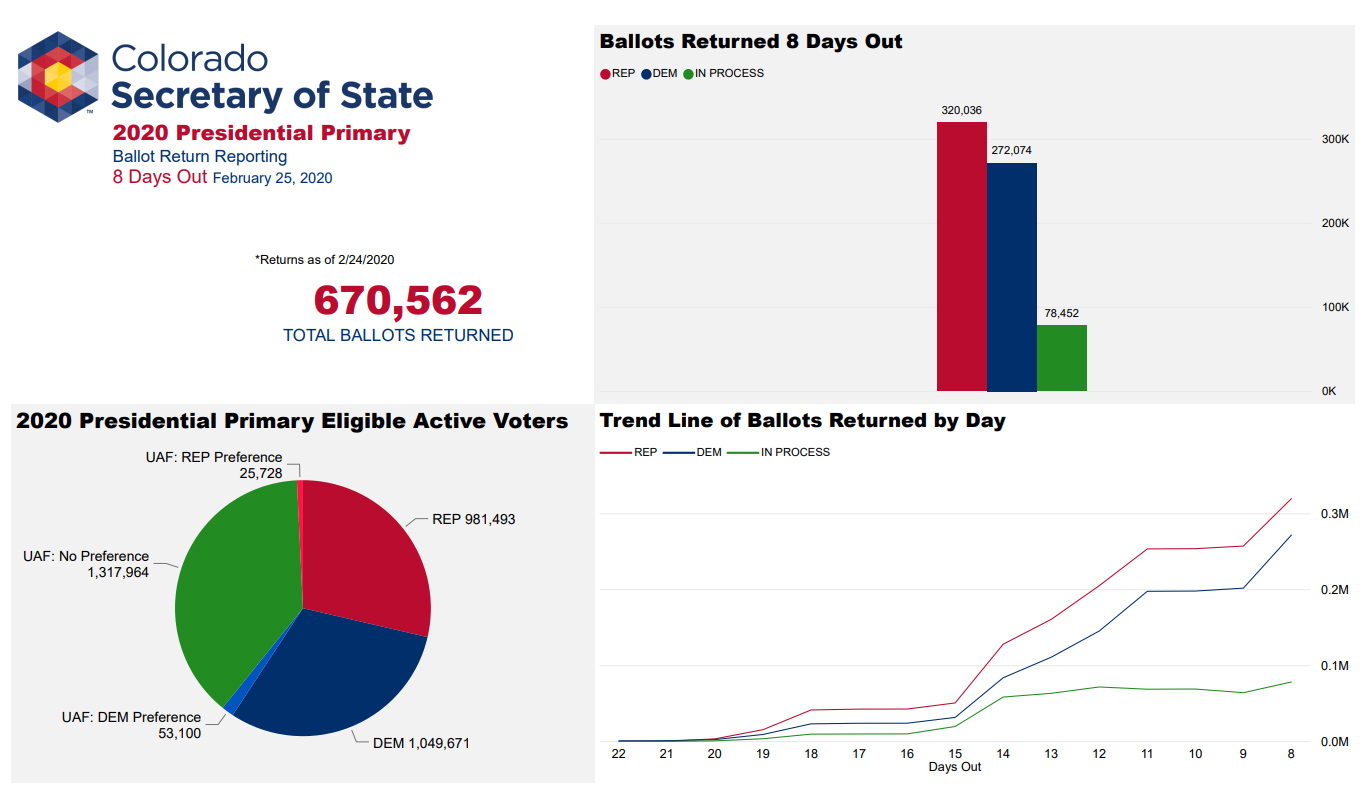 With a week remaining in our state’s mail ballot primary, Republicans are well ahead of Democrats and unaffiliated voters. In one respect that isn’t unusual, since Republicans almost always see an initial surge in mail ballot returns with Democrats coming in later. The GOP “primary” is of course not expected to be competitive, though if the non-Trump choices gain any traction at all in this “Never Trump” state it’s still a major story. But in this year’s Democratic primary, there’s another factor likely at work here: widespread indecision over which Democratic candidate voters should support.

Given that our readers are generally politically active enough to know what they want, we’re curious: how many readers with Democratic ballots are undecided on who to support this year, and how many friends and family members are taking their time as well? Although frontrunner Bernie Sanders is widely expected to do well in Colorado next Tuesday, late-breaking twists and the as-yet unknown impact of unaffiliated voters on the race leave plenty of room for doubt. It’s therefore not surprising at all to see Colorado voters playing a wait-and-see game right up to the last minute.

If you’ve still got your ballot, expect a lot of phone calls in the next week.