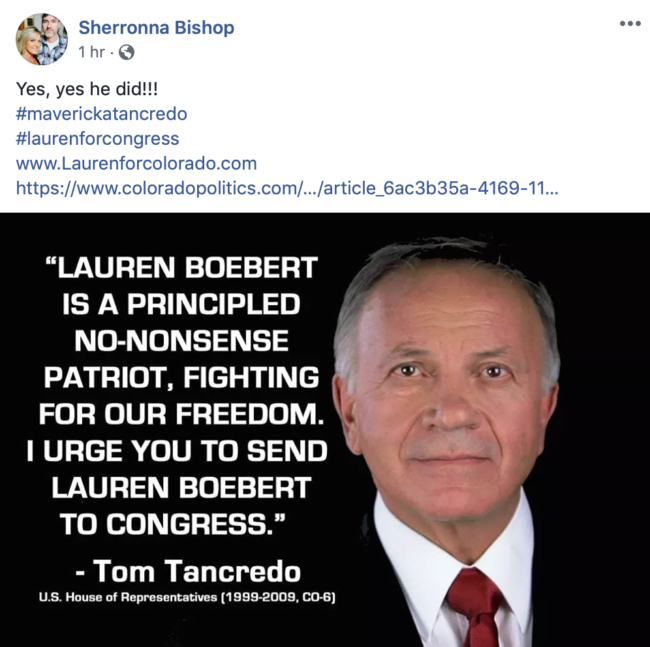 The immigration hardliner who served five terms in Congress said in a radio ad obtained by Colorado Politics that Boebert, the pistol-packing owner of Shooters Grill in Rifle, “has the same fight in her that I brought to Washington.”

…The ad also touts Boebert’s well-publicized confrontation with Beto O’Rourke when the Texas Democrat brought his soon-to-be-concluded presidential campaign to Aurora to talk about gun violence in September.

Tancredo, one of the legendary pillars of Colorado’s special breed of “kamikaze conservatives” who helped relieve the GOP of most of its power in this state in the last fifteen years (see: The Blueprint by Adam Schrager and Rob Witwer), nonetheless wields a built-in base of support that remains quite influential within the party. Tancredo is also blissfully untethered by any loyalty to the Republican elites in Colorado, who generally remain supportive of incumbent Rep. Scott Tipton.

Does Tancredo’s support win Boebert the primary? Of course not. But we can’t see how it hurts.