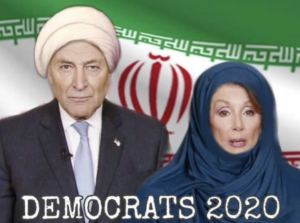 UPDATE: It’s worth noting that President Trump retweeted the image at right to his many followers this morning. As Chris Cillizza writes for CNN:

Unless you are deeply obtuse, you get the point: Donald Trump is suggesting — to his nearly 71 million followers — that the two top Democrats in Congress are in league somehow with the Iranian regime. Presumably, Trump believes that to be the case because both Pelosi and Schumer have pushed for the administration to offer more detailed information about the supposed “imminent” threat posed by Iranian commander Qasem Soleimani which led to the US military’s killing of him by drone strike earlier this month.

There’s actually one thing wrong with that sentence above. I wrote “Trump believes” that Schumer and Pelosi are in league with the Iranians. That’s almost certainly wrong. What Trump believes is that sharing a doctored image of these two Democrats he will throw red meat to his base, who will eat it up. That it will play into his base’s twin dislikes (or at a minimum distrusts) of a) congressional Democrats and b) Muslims. (Remember that Trump ran openly in 2016 on the idea that Muslims were a violent people who hated America — and that he was the only politician willing to tell the truth about the threat they posed.)

As Greg Sargent notes for The Washington Post, the White House also weighed in on Trump’s Tweet:

After President Trump retweeted a doctored image of Democratic leaders dressed in Islamic garb, the White House offered a curious justification: Trump retweeted that image to send the message that Democrats are on the side of terrorists.

This was apparently intended as a defense.

Which would appear to mean the White House’s official message is now that depictions of Democrats in Muslim garb denote Democratic support for terrorists.

With this in mind, the pictures of Republican Rep. Richard Holtorf (below) will really bake Trump’s noodle.

A photo from origins unknown was forwarded to us, apparently depicting newly-appointed GOP Rep. Richard Holtorf of rural House District 64 in what can be best described as…well, culturally appropriative clothing–photos that were reportedly deleted or hidden from public view recently on Holtorf’s Facebook page: 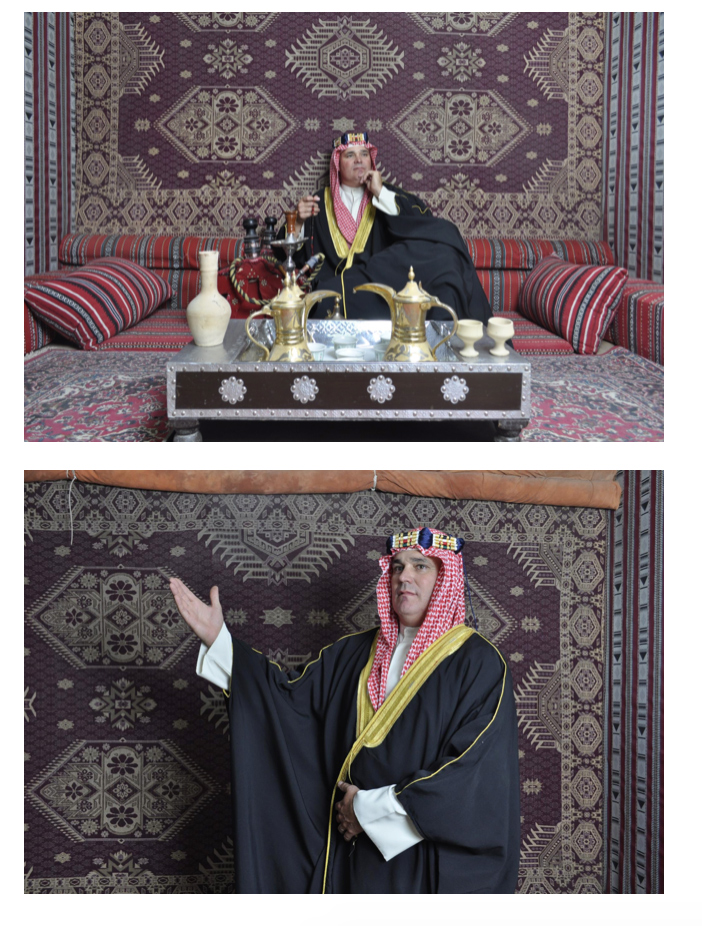 Now before anyone gets carried away, we’re inclined to give Rep. Holtorf the benefit of the doubt that he is not some kind of closet Muslim “Manchurian candidate” working his way up the ladder of American politics to carry out his sinister sultanic deed. With that said, we’re obliged to recall that when a photo surfaced of former President Barack Obama similarly wearing Islamic-world clothes for a wedding years before his political career began, it instantly became part of the apocryphal body of “evidence” that Obama was a Trojan horse for Mecca.

We’ll leave it to Rep. Holtorf to explain this interesting bit of khaffiyeh cosplay, which we suspect was not meant to offend although it’s always better to be sensitive as a white dude to matters of cultural appropriation (here’s looking at you, Justin Trudeau). And of course, we can’t be held responsible for any misunderstandings with fellow Republicans.

Like President Obama, right? Or maybe there’s, you know, a difference.