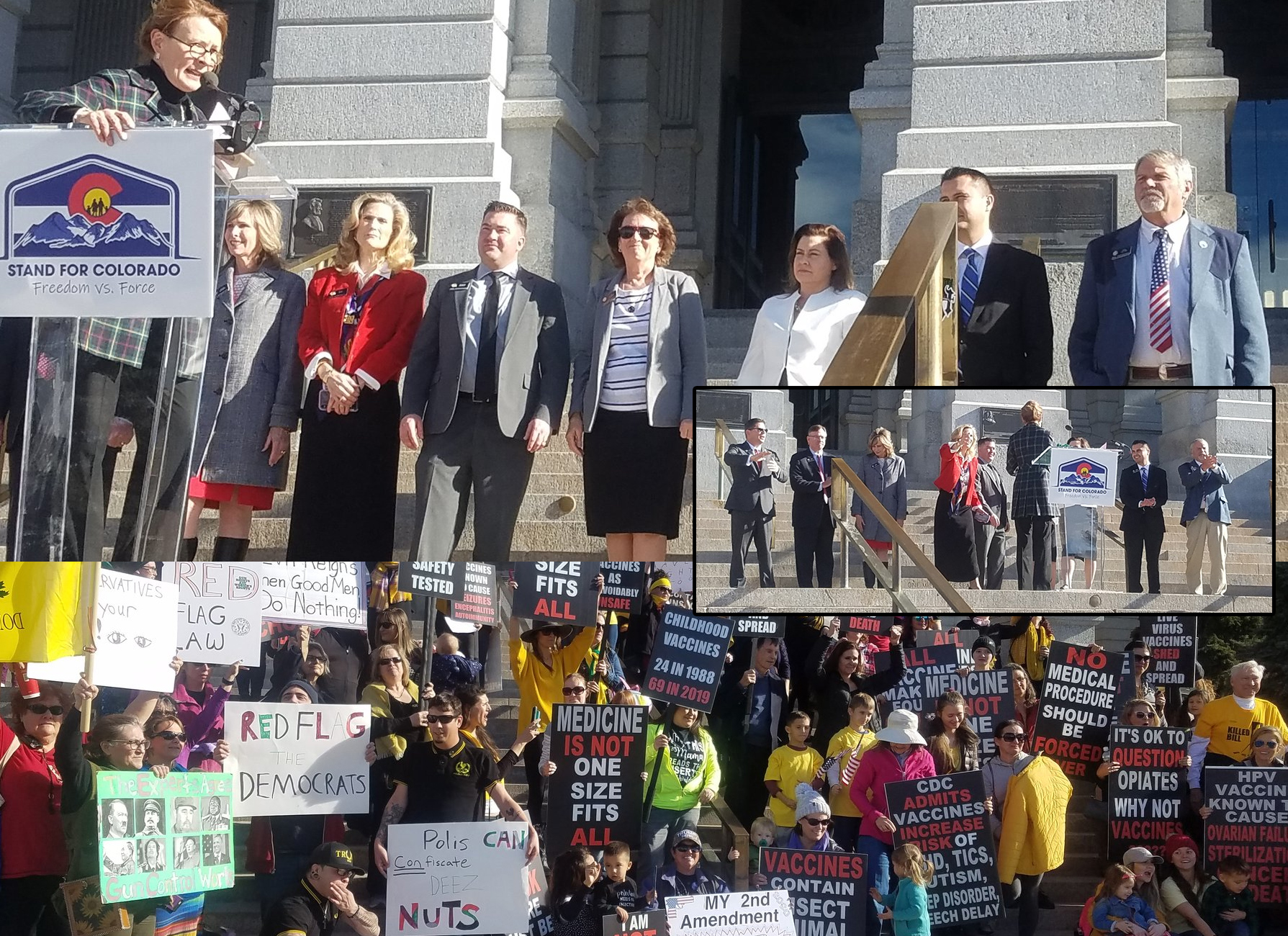 Yesterday’s Opening Day rally at the Colorado legislature featured a motley crew of color-coded far-right activists (we are not making up the color-coded thing), sounding off on a range of issues from opposition to childhood vaccination to the state’s new “red flag” law to protect the public from preventable gun violence–and a range of more bizarre issues in between like conspiracy theories about 5G cell phone service. Also in attendance were members of the Proud Boys, a neo-fascist “pro-Western civilization” group regularly involved in political street violence.

We got a glimpse today of the difficult position that the minority Republicans are in when you compare their stated legislative priorities to what their supporters rally for on the capitol steps.

The only thing we’re obliged to add is the photo collage at the top, courtesy the Colorado Times Recorder, which closes the loop in this discussion of the Republicans “inside the capitol” versus the right-wing protesters who turned out in force outside to vent their particular flavor of misguided rage. The protesters outside the capitol yesterday were eventually joined by a large contingent of elected Republican lawmakers–including House Minority Leader Patrick Neville, Rep. Dave Williams, Rep. Lori Saine “In The Membrane,” Rep. Susan Beckman, and a number of others.

That’s critical to understand. The Republicans inside the capitol went outside.

Once that happened, it was no longer possible–or necessary–to tell the “inside” and “outside” Republicans apart.