The Future is Served! No thanks to Sen. Cory Gardner.

OK Boomer, and Gen X listen up too: Young people aren’t having any of the “it’s too hard!” whining. In this “season of gratitude” perhaps we should also consider a “day of mourning,” and not only for the theft and transgression, the original sins, at the root of our nation, but for the future we are driving it toward as well.

Adults are cooking up the planet. And what we are serving our kids, is something they’re not thankful for.

Consider the climate news of the last week or so. This week NOAA ranked 2019 as “increasingly likely” to be the second- or third-hottest year on record.

A couple of weeks ago a  study came out showing that the reporting on climate science has actually been a bit pollyannish, and that the worse-case scenarios once considered likely outliers are lining up as our new reality.

Last week we learned that corporations around the world already have enough fossil fuel projects on the books, being planned or developed, to push the globe well-beyond the 1.5 degree threshold.

And the Trump is administrator is slamming down on the accelerator, as those who think the future is in the rear-view — Mesa and Garfield County Commissioners, Rep. Tipton, and Sen. Cory Gardner for example — are cheering them on.

Today news also hit of a massive cloud of oil and gas methane pollution so big it can be seen from space. We actually already have one of those in Colorado, floating right above Four Corners, and Rep. Tipton’s old stomping grounds. Floating above a region–we also recently learned–already plunged back into drought, despite our record snow year in 2018-19.

Meanwhile, facing weakening from market competition, as renewables become cheaper and storage improves–not to even mention the climate crisis–fracked gas corporations understand their product’s viability as a power source is also in decline.  And so, to recall a classic scene every Boomer knows well, “Plastics.” Yes, the solution to pollution apparently is more pollution.

Adults are not only robbing kids in their future, but are impacting their childhood today as well. Extreme weather, heat waves, drought, and fear for the future are all detrimental to our children. But are “grown-ups” paying attention?

It is certainly true that a climate malignancy inhabits the People’s House, and it has installed a mob of swamp foxes.

But there is a check on this abuse of power, of course, and in Colorado its face is Cory Gardner.

Or it would be: if Sen. Gardner was listening to the moral imperatives of the moment and the growing anger from the near-future.

Instead, Sen. Gardner has voted in lock-step with corrupt and career politicians like Mitch McConnell, and per the orders of Donald Trump. Not for Colorado, not for the climate, and not for our future. 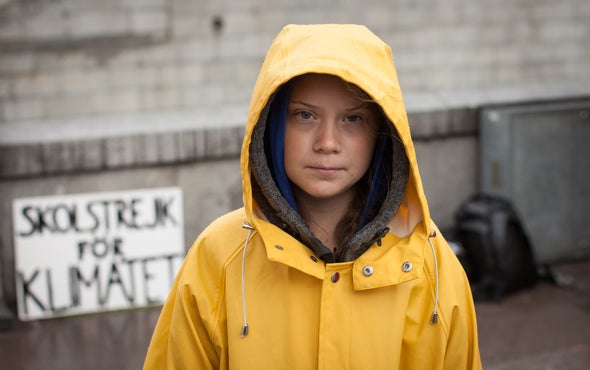 Global climate activist Greta Thunberg, 16, has an unique ability to trigger Boomer men. It’s difficult when someone with such moral clarity sums you up so harshly.

Sen. Gardner even supported the roll-back of clean power rules that would not only take steps toward reducing our climate pollution but would save lives.

Sen. Gardner regularly denigrates Coloradans who would lessen our fossil fuel use and development footprint. And he always applauds efforts to expand fracking and mining and to export the pollution around the globe.

We can run, but we can’t hide. And that includes from our kids, and what they are telling us. That we should not dismiss them as naive or manipulated. And that they are not backing down. The failure of older generations does not impress them, and they are not about to let our impotence stop their moment.

The eyes of the future are looking back at us, and they are not pleased. Young people are not just demanding action. They are taking it.

All they are asking older generations: The past or the future – Which side are we on?

Boomer Bonus:  If you won’t listen to the kids, maybe Jer can help.

Disclaimer: Pete Kolbenschlag considers himself a confused Gen Xer born in the last moments of the Baby Boom. He admits to a fondness for Dustin Hoffman movies, The Grateful Dead, 8 Tracks, and accountable government.