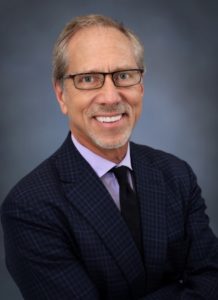 AP reported yesterday via the Colorado Sun and a host of other news outlets on a sweetheart deal apparently obtained by Energy Secretary Rick Perry on behalf of American oil speculators including Alex Cranberg, a former Colorado Republican megadonor with a long and dubious history of turning up where fossil fuel and foreign policy intrigue meet:

Perry’s efforts to influence Ukraine’s energy policy came earlier this year, just as President Volodymyr Zelenskiy’s new government was seeking military aid from the United States to defend against Russian aggression and allies of President Donald Trump were ramping up efforts to get the Ukrainians to investigate his Democratic rival Joe Biden.

Ukraine awarded the contract to Perry’s supporters little more than a month after the U.S. energy secretary attended Zelenskiy’s May inauguration. In a meeting during that trip, Perry handed the new president a list of people he recommended as energy advisers. One of the four names was his longtime political backer Michael Bleyzer.

A week later, Bleyzer and his partner Alex Cranberg submitted a bid to drill for oil and gas at a sprawling government-controlled site called Varvynska. They offered millions of dollars less to the Ukrainian government than their only competitor for the drilling rights, according to internal Ukrainian government documents obtained by The Associated Press. But their newly created joint venture, Ukrainian Energy, was awarded the 50-year contract because a government-appointed commission determined they had greater technical expertise and stronger financial backing, the documents show.

The Texas Observer recaps some of the details about the close ties between former Gov. Perry and Cranberg since Cranberg relocated to Texas, after several years of Cranberg trying unsuccessfully to beat back the growing tide of Democratic political victories in our state. Among other mutual showings of affection, Cranberg supplied Perry with a private plane for Perry’s ill-fated 2012 presidential run:

Perry appointed Cranberg to the UT Board of Regents shortly after the man registered to vote in Texas following a move from Colorado. Cranberg served from 2011 to 2017 and was a controversial figure on the system’s governing board…

Back in 2008, as some long-time readers may remember, Cranberg’s Aspect Energy became a significant liability to Republican U.S. Senate candidate Bob Schaffer–among many other scandals such as Schaffer’s involvment with now-disgraced lobbyist Jack Abramoff in a scheme to cover up labor abuses in the Northern Mariana Islands–after a deal Schaffer had helped broker to produce oil in northern Iraqi Kurdish-controlled territory ran afoul of the U.S. State Department. U.S. occupation policy required such deals to be approved by the Iraqi national government in the in-retrospect well-founded interest of not provoking sectarian conflict in Iraq.

Schaffer and Cranberg, on the other hand, were in it for the money–not American interests.

With all of this in mind, we’ll have to wait and see what shakes out from this lucrative deal between Ukraine and Cranberg’s energy company, brokered by the now-outgoing U.S. Secretary of Energy who resigned in no small part so he wouldn’t have to talk about Ukraine. This is a bigger deal than anything Republicans have accused Joe Biden’s son of involvement in, and if Cranberg’s below-market winning bid wasn’t above board there is actual wrongdoing in this case which doesn’t credibly exist in Biden’s.

And that’s not going to help the Republicans Cranberg supports win in 2020.