Steve House Gets a Little Silly on Veterans Day 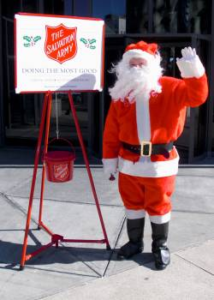 Congressman Jason Crow (D-Aurora) is a former Army Ranger who served in both Afghanistan and Iraq and was awarded a Bronze Star. Crow honored American service members on Veterans Day on Monday by thanking them for their service and attending the groundbreaking ceremony for the Colorado Fallen Heroes Memorial in Denver.

Steve House is one of three Republicans looking to challenge Crow in CO-6 next November. The former State Republican Party Chairman (and later State Party “CEO”)  can’t match Crow’s military record, but he does know people who do things with the word “veteran” in their job description. As Ernest Luning explains for the publication formerly known as the Colorado Statesman:

The endorsements listed in a release issued Monday by House’s campaign include an oral surgeon who serves in the Army National Guard, a prosecutor who serves in the Marine Reserves, a Marine Corps veteran who chaired the El Paso County Republicans, and a retired Army officer who lost a primary for Elbert County commissioner last year by just two votes.

There’s also a state lawmaker from Colorado Springs who went to the Air Force Academy and two Republicans who sit on their chamber’s respective State, Veterans and Military Affairs committees — known as the “kill committees,” where legislation of all sorts routinely goes to die — and two GOP lawmakers from Western Colorado who look out for veterans while they’re at the Capitol, according to the House campaign. [Pols emphasis]

House does have a couple of endorsements from honest-to-goodness military veterans, but his announcement on Monday was watered down quite a bit by the inclusion of people who have nothing to do with the armed services of the United States.

Two of these endorsements (State Sen. Jerry Sonnenberg and state Rep. Janice Rich) are apparently related to “Veterans Day” because they are state lawmakers who sit on the State, Veterans, and Military Affairs committees. This is sort of like claiming the support of South Americans because you are endorsed by someone who delivers packages for Amazon.com. But these endorsements almost make sense compared to state Sen. Ray Scott and state Rep. Matt Soper, both of whom are included on House’s “Veterans Day” list because they…appreciate veterans?

…Soper has fought tirelessly for veterans and their families since he was first elected in 2018.

The House campaign must have forgotten to mention that Sen. Scott also likes to watch movies about Americans who are in the military when he is supposed to be paying attention on the Senate floor.