Say One Thing, Do Another: Cory Gardner on Healthcare 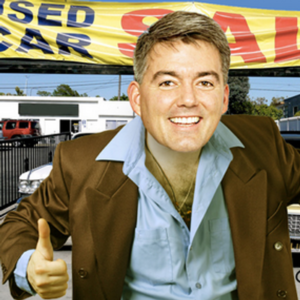 With prices so low I must be CRAZY!!!

Senate Democrats today tried to pass a resolution opposing President Trump’s efforts to dismantle the Affordable Care Act. As Jordain Carney explains for The Hill, Republicans weren’t having it:

The Senate on Wednesday rejected a Democratic effort to roll back a Trump administration rule that allows states to ignore parts of ObamaCare.

Senators voted 43-52 on the resolution, falling short of the simple majority needed to pass the chamber.

Sen. Susan Collins (R-Maine) was the only Republican to vote for the resolution.

Democrats wanted to overturn a Trump administration rule that makes it easier for states to opt out of certain ObamaCare requirements and prioritize cheaper, less-inclusive plans than ones offered under ObamaCare.

Members of the party have termed the plans “junk insurance” because companies can refuse to cover people with pre-existing conditions.

Senator Cory Gardner (R-Yuma) surprised no-one by voting against today’s resolution; Gardner has regularly backed efforts by the Trump administration to strangle the Affordable Care Act (ACA). Polls have consistently shown that Americans differ on their opinions about the ACA overall but generally support some of its key tenets, with protections for pre-existing conditions at the top of that list: 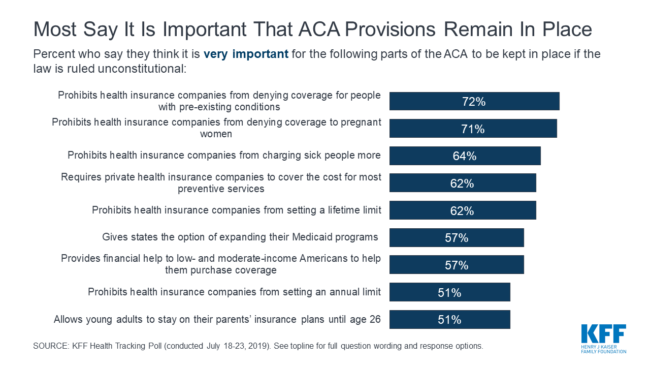 Gardner and Republicans are trying to convince Americans that they are not directly removing protections for pre-existing conditions by supporting efforts to rollback the ACA, but there is no question that they are making it possible for this very thing to happen. What Trump and his fellow Republicans are doing is making it easier for companies to sell short-term “junk” insurance plans that do not qualify for pre-existing protection coverages.

Here’s how Bloomberg Businessweek described this cause-and-effect relationship in a story about a Phoenix family that was handed a $250,000 bill for emergency care that they believed was covered by their health insurance:

The Diazes’ plan was nothing like the ones consumers have come to expect under the 2010 Affordable Care Act, which bars insurers from capping coverage, canceling it retroactively, or turning away people with preexisting conditions. But the law includes an exemption for short-term plans that serve as a stopgap for people between jobs. The Trump administration, thwarted in its attempts to overturn the ACA, has widened that loophole by stretching the definition of “short-term” from three months to a year, with the option of renewing for as long as three years. [Pols emphasis]

Fewer than 100,000 people had such plans at the end of last year, according to state insurance regulators, but the Trump administration says that number will jump by 600,000 in 2019 as a result of the changes. Some brokers are taking advantage, selling plans so skimpy that they offer no meaningful coverage. And Health Insurance Innovations is at the center of the market. In interviews, lawsuits, and complaints to regulators, dozens of its customers say they were tricked into buying plans they didn’t realize were substandard until they were stuck with surprise bills. The company denies responsibility for any such incidents, saying it’s a technology platform that helps people find affordable policies through reputable agents.

Now, let’s go back to what Gardner said about today’s vote: “Washington Democrats tried to prevent choice and access in health care, because they think the American people aren’t smart enough to buy the health insurance that’s right for them.” It would be more accurate to say that Democrats believe that consumers should be shielded from companies trying to fool them into purchasing baloney insurance plans that don’t provide coverage for pre-existing conditions.

This is Gardner in full used-car salesman mode. If you’re dumb enough to believe what he says and to buy a car that turns out to be a lemon, well then that’s your fault. Everybody should have the opportunity to buy worthless healthcare policies.