Ken Buck’s Impeachment Denial Gets Harder By The Day

As Politico reports, yesterday was another day of damning testimony against President Donald Trump in the ongoing House impeachment inquiry, with a decorated veteran National Security Council staffer testifying that the transcript Trump dubiously relies on to proclaim his innocence has itself been compromised:

A senior White House official told House impeachment investigators on Tuesday that he believed President Donald Trump undermined national security when he appealed to Ukraine’s president to investigate his political rivals, according to a copy of his opening statement obtained by POLITICO…

“I did not think it was proper to demand that a foreign government investigate a U.S. citizen, and I was worried about the implications for the U.S. government’s support of Ukraine,” Vindman, a National Security Council official overseeing Ukraine policy, told investigators, referring to Trump’s efforts to pressure Ukrainian President Volodymyr Zelensky to announce probes into Joe Biden and his son.

Vindman, who became the first White House official to testify as part of the impeachment inquiry, also wrote that he reported Trump’s July 25 phone call with Zelensky to the NSC’s top lawyer after listening in on the conversation from the White House Situation Room alongside other national security officials.

The testimony of Army Lt. Col. Alexander Vindman was swiftly attacked by Trump’s congressional surrogates like ex-Rep. Sean Duffy, who openly questioned Vindman’s loyalty to the United States before walking his smears back a short while later. Other Republicans like Rep. Liz Cheney of Wyoming have been much more vocal in, if not explicitly endorsing Vindman’s damaging testimony against the President, at least defending the honor of a career military officer with no grounds for accusation of political bias.

Among Colorado’s Republicans in Congress, though, it’s just another day of blanket denial:

Rep. Buck says the quid pro quo theory fails because the Ukrainian president has said he didn’t know aid was being withheld when he reinstated the prosecutor.

But if there was a quid pro quo, Buck says he doesn’t believe it would be an impeachable offense. #copolitics 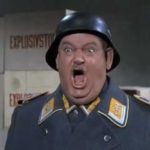 We’ve noted previously that Rep. Ken Buck, the former Weld County district attorney and assistant U.S. Attorney, seems to have lost all of his prosecutorial critical thinking skills upon election to Congress. The ongoing impeachment inquiry against Trump is causing Buck’s newfound willful ignorance to stand out in sharp relief. Despite the insistence of Trump and his Republican defenders that the phone call between Trump and Ukrainian President Volodymyr Zelensky occurred in some kind of fictional isolation, it’s well known that the call was just one piece of a much broader pressure campaign involving numerous proxies including Trump’s personal attorney Rudy Giuliani and members of Trump’s Cabinet.

The good news is that Rep. Buck isn’t pretending to be excluded from these hearings anymore.

The next step, and we may never see it, is for Buck to acknowledge what is actually coming out of them.