Here’s a clip of Rep. Ken Buck earlier this week in a House Judiciary Committee hearing, interacting with friendly witness Amy Swearer of the Heritage Foundation on the hot-button subject of the AR-15 assault rifle–a weapon whose availability to civilian Americans is once again in question as mass shootings utilizing the easily-obtainable and modifiable weapon continue to claim lives by the dozen.

In this exchange, however, Rep. Buck wants to talk about something else–innocuous, even routine use of AR-15s to kill varmints on ranches in his district:

BUCK: And, and are those individuals and and, let me just tell you from my experience and in my district in eastern Colorado an AR-15 is used to kill raccoons that are, or foxes or other animals that are predators and trying to disturb individuals. [inaudible off camera] Or trying to, you know, kill chickens or or are are disturbing agriculture in some way. Is that your understanding also of how some, not saying a majority of that 16 to 18 million, but some of those guns are used?

Here’s the thing: Rep. Buck is not wrong that AR-15 are often used for varmint control, and the Heritage Foundation employee he’s talking with agrees that the small caliber of assault weapons makes them unsuitable for hunting larger game. There are of course plenty of other weapons that would be suitable for ranch varmint duty, but since you can buy AR-15s at any gun shop starting at surprisingly low prices, they’re no doubt very popular. 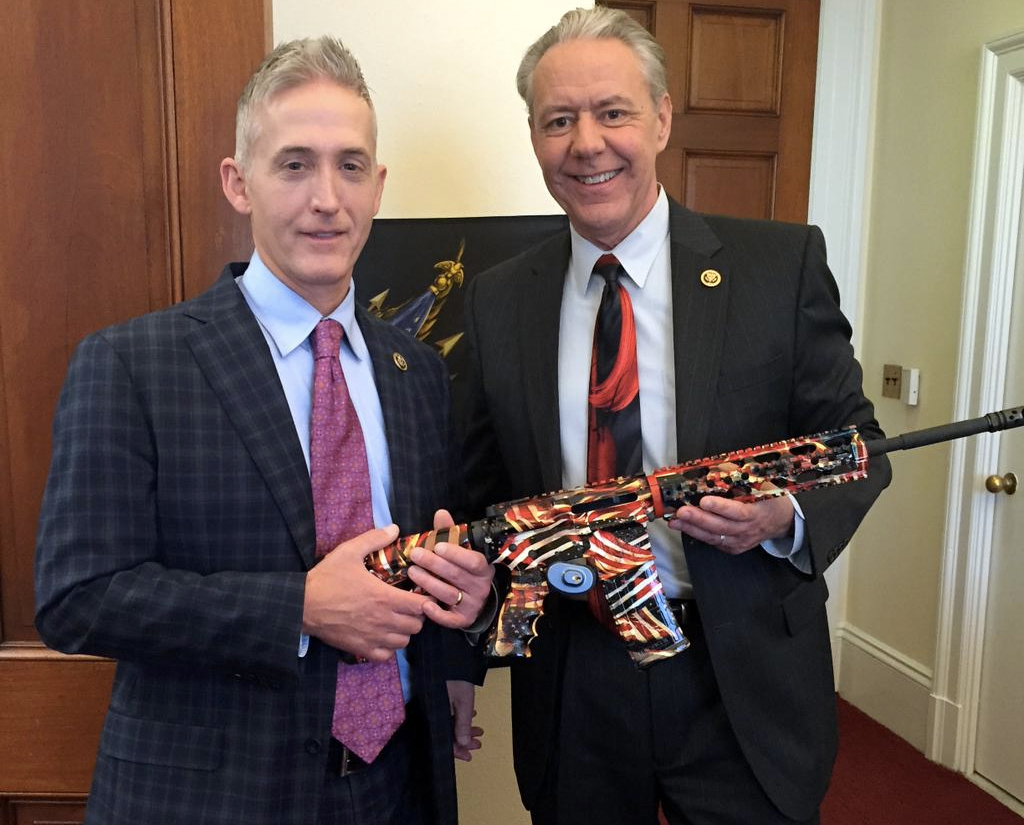 But folks, we’re going to go out on a limb and assert that Rep. Ken Buck does not keep an American flag-painted AR-15 in his office to celebrate its ability to kill raccoons. The AR-15 was not developed for ranches, it’s a weapon made for battlefields. The .223 ammunition used by these weapons is indeed too weak for big game–because it was designed to kill people, not elk. Incidentally, yes, it’s hell on raccoons.

The point here is simple: you can’t have it both ways. If you cherish assault weapons as a defense against tyranny based on their ability to kill people efficiently, you can’t minimize them as a mere ranch implement in the same breath. Everybody knows why Ken Buck wants AR-15s available to the masses like shovels and plows, and it has nothing to do with killing varmints.

We all benefit from honest debate, and here’s an issue for which honesty is long overdue.