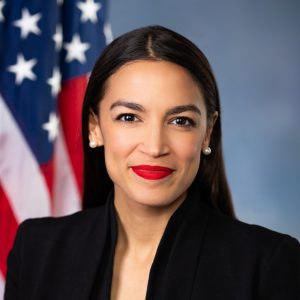 Colorado Democrats will get a chance to see U.S. Rep. Alexandria Ocasio-Cortez in September when the freshman congresswoman headlines the annual Boulder County party fundraiser.

Ocasio-Cortez, D-N.Y., will be joined by Rep. Joe Neguse, a Democrat from Lafayette, at the 44th annual Truman Dinner on Sept. 21 at the University of Colorado, according to a news release from Boulder County Democrats.

“Congresswoman Ocasio-Cortez is not only a great friend but an amazing colleague whose ability to speak truth to power has inspired millions of people across our country, including many here in Colorado,” Neguse said.

Freshman Rep. Alexandria Ocasio-Cortez is currently one of the bigger draws for Democrats on the fundraising circuit, with her high profile as a young fiercely progressive woman who unseated an establishment stalwart. Ocasio-Cortez’s visibility has also made her a target of heavy Republican vilification, which has greatly intensified since President Donald Trump started singling out Rep. Ocasio-Cortez and several other Democratic women of color for racially-charged attacks on their patriotism.

All things being equal it should be a great fundraiser for Boulder County Democrats, as well as another chance for local Republicans to offend swing 2020 voters by gratuitously trashing the best-known Latina lawmaker in contemporary American politics.

There’s something for everybody.