President @realDonaldTrump calls for red flag laws — commonsense laws that would take weapons from those who are a danger to themselves or others. 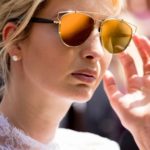 In response to the weekend’s pair of tragic mass shootings in El Paso, Texas and Dayton, Ohio, Ivanka Trump sent out the Tweet you can see above calling for the passage of Extreme Risk Protection Order (ERPO) laws in every state–laws that would create a process to temporarily remove firearms from persons in a mental health crisis who pose a significant risk to themselves or the public.

As readers know, Colorado passed a law in 2019 establishing an ERPO procedure. The law was supported by Douglas County Sheriff Tony Spurlock, who testified that it could have saved the lives of one of his deputies who was shot and killed by a mentally ill man on New Year’s Eve 2017. Passage of that law provoked an angry backlash from Colorado Republican Party leadership and Rocky Mountain Gun Owners, the state’s most strident gun-rights group–who employed wholesale misinformation to build support for recalls against legislators who supported ERPO. The first target of that campaign was Rep. Tom Sullivan, whose son was killed in the Aurora shooting, but that campaign failed after being rejected by voters in the district and massive public condemnation.

How will RMGO and local Republicans keep the outrage going after President Donald Trump’s daughter said what Colorado did in 2019 was the right thing to do across the nation? We have no doubt they’ll find a way–but it’s going to be this much harder now with all but the most factually impervious.

And for the first time ever, we’re thankful to Ivanka Trump.