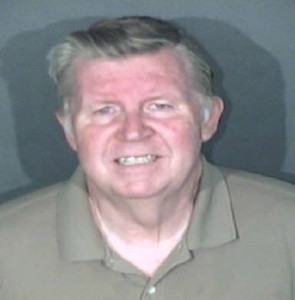 Just as U.S. Rep. Ken Buck (R-CO) handed Democrats a gift during his questioning of Robert Mueller, Colorado Rising Action’s Michael Fields seemed to be expecting a different answer from Rich Wobbekind, an associate dean at the University of Colorado’s Leeds Business School, whom Fields was interviewing on KDMT radio this week.

Fields, who was guest hosting, lobbed Wobbekind a question about the Taxpayer Bill of Rights (TABOR), which, among other things, limits the growth of government revenue to inflation plus population.

“There are a lot of people who look at the Taxpayers’ Bill of Rights negatively,” Fields told Wobbekind. “What’s your view of its impact on the state’s economy?”

First, Wobbekind said he thought voters passed TABOR so that government spending would not increase “more rapidly than it should.”

Then he pointed out that Colorado has a balanced budget amendment, requiring Colorado not to run a deficit.

“So we do have that control in any scenario,” he told Fields.

“My honest opinion is the Taxpayer Bill of Rights is the wrong formula,” continued the dean. “If you are going to have something like that it should be based on the economic growth of the economy as opposed to population plus inflation, because we have all sorts of inflation of government-provided services, like health care, that have been dramatically higher than the Consumer Price Index, [which is the the average change in cost of consumer goods].”

“So then you get into different sorts of issues. You can say, education prices have gone up too fast. I’m not going to try to defend that. But, we certainly know how fast heatlhcare costs have gone up and you have these competing needs.

“And the way the government’s budget is set up, it ultimately winds up squeezing the discretionary portion of the state budget. It does include higher education, but it also includes transportation, which almost every citizen raises as an issue in the state right now in terms of road improvements and expansions, high-speed rail, or whatever we might be trying to do.

“So I think that legislation could have potentially had a better formula.

“That said, I think the problem is the combination of things that are in place. Not just TABOR, but the Gallagher Amendment, if you are familiar with that, the property-tax amendment, added on to Amendment 23, which we passed.

“So we have overlapping pieces of legislation, which in one way or another make it very difficult to fund our objectives in the state.”

Fields’ reaction to Wobbekind was similar to Buck’s response to Mueller. He didn’t argue with him.

Fields said he knew, prior to conducting the interview, that Wobbekind was a critic of TABOR.

“I wasn’t surprised that he didn’t agree with me,” Fields told the Colorado Times Recorder.

“I just wanted to get his view out there,” Fields said. “If I’m hosting a show, I’m not always going to argue with people back and forth. It’s fair to hear his opinion. Everyone knows my opinion.”

Listen to Fields and Wobbekind July 24 on KDMT here.