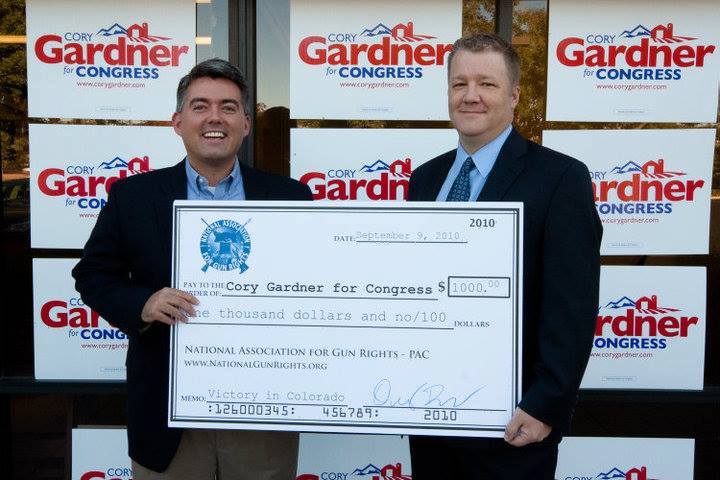 As Republicans bicker in hindsight over the takeover of the Colorado Republican Party in recent years by hard-right elements supported by the Rocky Mountain Gun Owners advocacy group, which has led the party down a path of increasingly unelectable candidates and such political self-made disasters as the recent failed attempt to recall freshman Rep. Tom Sullivan from office, we thought it would be useful to recall a time, not so long ago, when Dudley Brown and his strident friends were welcomed into the fold by the state’s highest ranking Republicans. In 2010 when this photo was taken, the “Tea Party” insurgency against President Barack Obama was in full swing, and then-state Rep. Cory Gardner was delighted to accept Dudley’s money and brand support.

RMGO may be a scapegoat in today’s short-attention-span news cycle, but they’ve been shaping both the makeup and the direction of the Republican Party for many years. Cory Gardner knows it better than most, because he’s been a favorite of RMGO and the “softie” National Rifle Association for his whole career.

On the upside, Gardner hasn’t aged a day in ten years, has he?