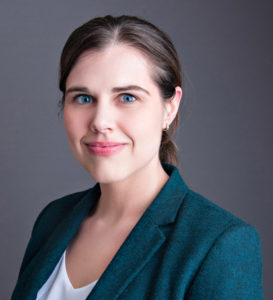 A press release today from the Colorado Secretary of State’s office celebrates the signing by Gov. Jared Polis of a package of bills that builds on Colorado’s already proud record of extremely high voter participation:

Today, Governor Jared Polis signed into law a package of legislation aimed at increasing access to and representation in our democracy. The new laws increase disclosure of political spending, expand automatic voter registration, increase voting access for all eligible Coloradans– including increased polling locations and drop boxes in the days leading up to and on Election Day — and guarantee polling locations or drop boxes on public universities and tribal lands. Campaign finance reform, expanded automatic voter registration, and improved access to voting for Coloradans were all priorities for Secretary of State Jena Griswold this year. Secretary Griswold worked with the legislature to advance this agenda.

“Colorado voters belong at the center of our democracy. These new laws will shine light on secret political spending; stop special-interests, corporations, and the well-connected from side-stepping the law; and increase access to voter registration and voting for all eligible Coloradans,” said Secretary Griswold. “I am proud of the work we accomplished with the legislature to help build a democracy that Coloradans can believe in, and further secure Colorado as a leader in election access and campaign finance transparency.”

As most of our readers know, Colorado presently has the second-highest rate of voter participation in the country, beat out only by the perennial do-gooders of the state of Minnesota. Automatic Voter Registration (Senate Bill 19-235) and two other bills expanding access to voter service centers and voters with disabilities, along with The Clean Campaign Act of 2019 (House Bill 19-1318) requiring more disclosure from SuperPACS and banning foreign spending on local elections all signed into law today, meant to build on that record of success while keeping disclosure laws up to date with the times.

Secretary Griswold took some silly-season fire last week after an open records request from Scott Gessler’s vindictive former deputy Suzanne Staiert revealed Griswold’s office had run a press release on Alabama’s controversial abortion ban by staff at Planned Parenthood for suggested edits–an incident ripe for wedge issue pearl-clutching, but in truth a routine occurrence on both sides in regular consultation with their friendly organizations. After Republican lawmakers run industry-authored “model” bills year after year and brag about conservative operatives from Americans for Prosperity working out of their offices during the legislative session, it’s ridiculous to get upset about a few suggested edits to a press release from an advocacy group that works on the issue.

What matters is this: Colorado’s nation-beating election system got even better yesterday with the help of legislation supported by Secretary of State Jena Griswold. If we top Minnesota in 2020 and become America’s most participatory electorate, Secretary Griswold will get the credit–deservedly, unlike Griswold’s Republican predecessor who opposed the 2013 reforms he later took credit for.

In the end, there are two kinds of political news: news you talk about for a couple of days and then forget about and news that changes things. The legislation signed by Gov. Polis is the latter, and it’s that success Secretary Griswold’s detractors tried to step on.