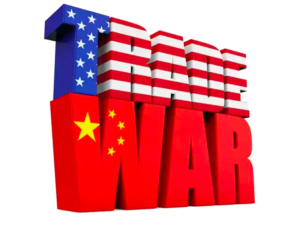 As the Denver Post’s Judith Kohler reports, escalating tensions over trade with China as the Trump administration carries out threats to impose protectionist tariffs in order to “get a better deal” are resulting in a direct threat to Colorado businesses of all sizes, as the flip side of “getting tough on trade” starts to take on local names and faces:

Colorado farmers, ranchers and some retailers were hit by tariffs on imports and retaliatory tariffs by China during the trade battle last year. The Trump administration’s abrupt decision to boost those tariffs to 25 percent from 10 percent on $200 billion worth of products last week and threats to add another $300 billion worth of items have rattled the business community.

“These tariffs are just having a huge effect on everything,” said Gail Ross, the chief operating officer of Boulder-based Krimson Klover…

“It’s kind of late for us to say to our customers who’ve already given us an order, ‘Hey, we’re going to bump your prices up 25 percent,’ ” Ross said. “On the other other hand, we’re a little company that can’t absorb a 25 percent increase.

“It’s a fallacy that China is paying for the tariffs,” Ross added. “Let’s be clear. It’s like Mexico paying for the wall; that’s not happening.” [Pols emphasis]

As with many issues of global trade, there are both ideological and regional complexities that make sorting out one’s personal stand on the issue more difficult. In areas of the country hit hard by the erosion of domestic manufacturing in favor of offshoring production to China, President Donald Trump “getting tough” sounds great–enough so that it’s troubling for Democrats to see a Republican winning Rust Belt voter loyalty this way.

Here in Colorado, though, the situation is very different. The state’s large agricultural export business has been effectively robbed of one of the world’s biggest markets, and Colorado companies who design products manufactured in China are in danger of having their supply chains disrupted. Short of benefits that may occur over the horizon, there’s no upside to the present trade war with China for Colorado and a great deal to lose.

No matter where you stand on the issue of trade policy and protection of American jobs,  and we know this isn’t an issue on which either side is unanimous, in the end a standoff that shrinks the economy of both sides hurts everybody. This is why, more than drama in either direction, what’s needed in such negotiations is maturity.

And with that, Donald Trump can show himself out.