On the opening day of the 2019 legislative session, Sen. Chris Holbert (R-Parker) delivered his prepared remarks to a packed Senate chamber now controlled by Democrats after sweeping election victories two months earlier. As Senate Minority Leader, it was Holbert’s job to plot out legislative strategy for a Party that could do little more than disrupt and delay without the votes to move individual pieces of legislation.

“We have the voice, but not the votes,” acknowledged Holbert. As such, he used his time at the podium to pre-emptively position his caucus on a number of key issues, bookended by rote Republican warnings about overspending and overregulating. When it came time to talk about his concerns with so-called “red flag” gun safety legislation, Holbert stuck to the standard Republican script about focusing instead on improving mental health resources in Colorado.

“Rather than empower government to seize property, let’s focus on securing help for those persons who need our help the most.  For opioid addition, red flag scenarios, and other instances when people cry out for help, let us avoid rewarding bad behavior or trampling on the Constitution. Rather, let us work together to provide more and better mental health resources including beds, mental and physical health care, and healing for those who need our help the most.” [Pols emphasis]

Gun violence, said Holbert, is a mental health problem and not an issue about access to deadly weapons. This is a common Republican approach in pushing back against the “librul gun grabbers” who threaten their political existence. The sentiment is about as sincere as a form letter. 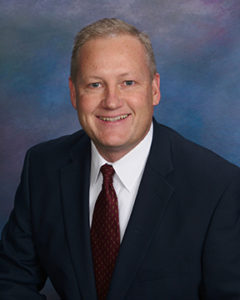 Colorado Republicans have been vocal about their opposition to “red flag” legislation, which was signed into law by Gov. Jared Polis on April 12. The Deputy Zackari Parrish III Violence Protection Act provides for the enforcement of “extreme risk protection orders” for the purpose of temporarily disarming people who are deemed a danger to themselves or to others. Here’s what a peeved Rep. Steve Humphrey (R-Severence) told the Grand Junction Sentinel in March:

“We should be looking at this issue as a mental health issue and not right away immediately going after someone’s constitutional right.”

In the last week, lawmakers finalized the passage of HB19-1269, the “Behavioral Health Care Coverage Modernization Act,” which will improve access to mental health care for Coloradans. The bill made it through both legislative chambers despite widespread opposition from the same Republicans who regularly insist on prioritizing mental health improvements over gun safety measures. A total of 24 Republicans VOTED AGAINST HB-1269, including Holbert and House Minority Leader Patrick Neville. And Steve Humphrey.

Colorado Republicans are free to express their opposition to any sort of gun safety legislation, but they can’t keep pretending that it has anything to do with prioritizing mental health improvements.