Gov. Jared Polis Tweeted yesterday in support of victims of the bombings in Sri Lanka against Christians celebrating Easter Sunday:

Heartbreaking to learn about the attacks on tourists and Easter worshippers in Sri Lanka. Colorado stands with the people of Sri Lanka during this very tragic day and we grieve for those affected by these acts of violence.

Local blog Colorado Peak Politics, operated by Republican consultant group EIS Solutions, apparently found this message of support less than satisfactory–and proceeded to complain about it, because that’s what internet trolls do: 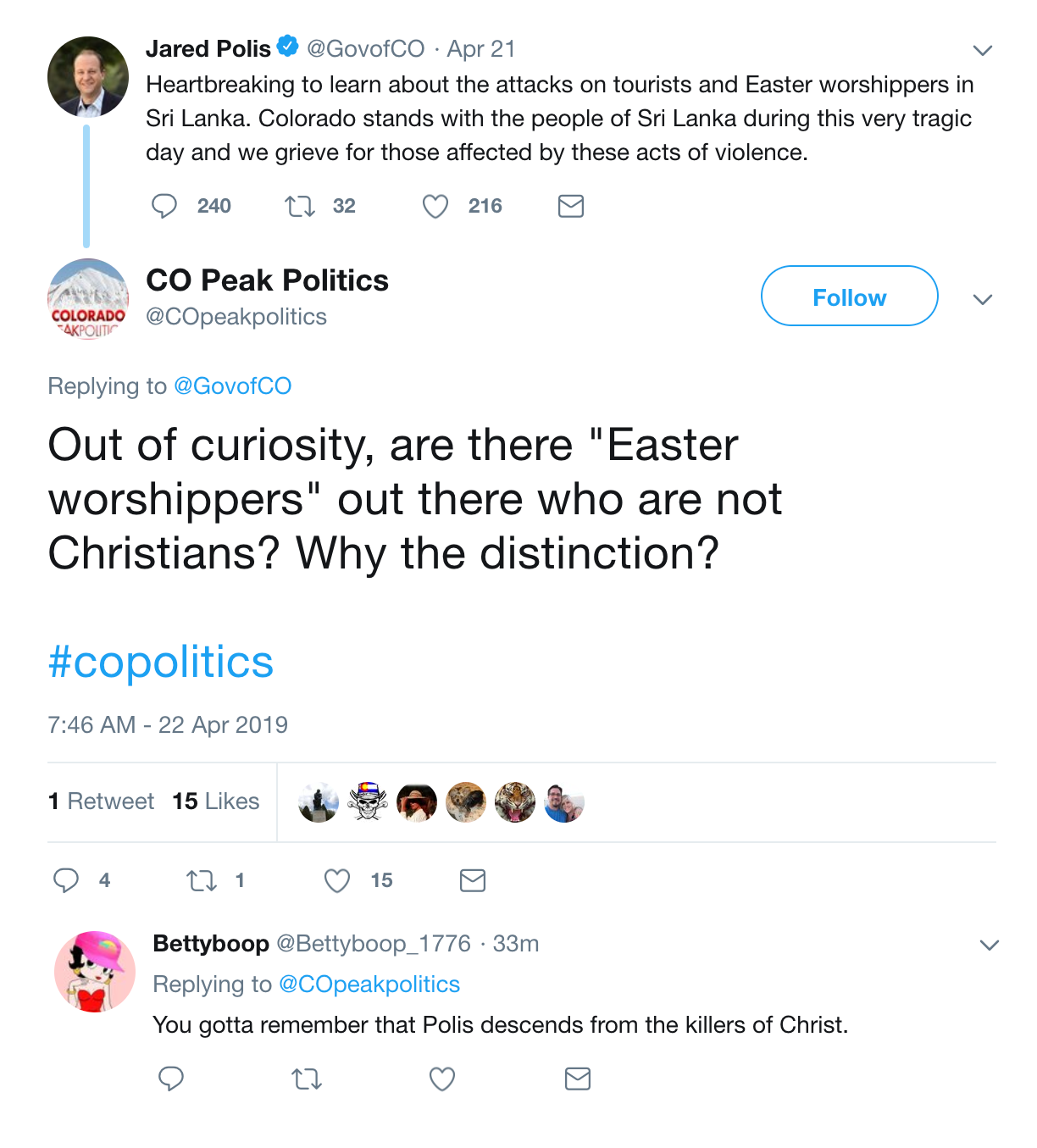 Oops! Suddenly this cheap little shot on Gov. Polis’ faith, or whatever Peak Politics presumes about Polis’ faith, has veered off course into old-fashioned anti-Semitism. It’s not that this conservative blog itself called Gov. Polis (who happens to be Jewish) a “Christ killer,” but by drive-by slamming Polis on a question of faith while Polis was trying only to offer condolences to Christians in the wake of a terrible tragedy, they opened the door to much cheaper shots. The progression from their dig on Polis’ lack of Christian faith to the anti-Semitic slur that followed is unfortunately not much of a leap.

And that’s the moral of the story. You don’t have to attack over everything.