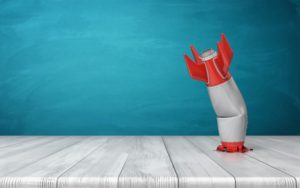 Congresswoman Diana DeGette (D-Denver) is the “dean” of the Colorado Congressional delegation, a title she has earned by consistently winning re-election in what has long been a safe Democratic seat in CO-1. First elected to her Denver district in 1996, DeGette has been in the House of Representatives 10 years longer than her nearest contemporaries; both Rep. Doug Lamborn (R-Colorado Springs) and Rep. Ed Perlmutter (D-Jefferson County) were first elected in 2006.

Despite that longevity — or perhaps because of it — DeGette is facing a potentially tough Democratic Primary in 2020 from former State House Speaker Crisanta Duran. Or, at least, that was the thinking before Q1 fundraising numbers were announced this week.

DeGette raised a piddling $138,000 in Q1, a shockingly-weak sum for someone looking at a third consecutive Primary challenge. Fortunately for her, Duran only managed to raise about half of that amount. As Denverite reports, Duran’s campaign is trying desperately to spin a $70,000 quarter as a positive outcome:

“This is a great start to our campaign for change,” Duran said in the release. “We received contributions from people of all walks of life and from an inclusive cross-section of leaders and grassroots supporters throughout our community.”

Duran isn’t accepting money from corporate political action committees, a fact her campaign is using to set her apart from DeGette, who is accepting money from these types of PACs. Duran campaign consultant Steve Welchert said in the release that they “don’t expect to keep up with DeGette’s corporate PAC machine, but today’s report shows we’ll build a strong, winning campaign.”

Duran’s campaign is quick to point out that she didn’t have the benefit of a full fundraising quarter after announcing her campaign for CO-1 in late February. This is true, but also irrelevant; if Duran wasn’t confident that she could put up a good fundraising quarter, then she shouldn’t have announced her candidacy so early. This is pretty much the worst-case scenario for Duran’s campaign.

Momentum and money go hand-in-hand in politics. Duran has neither, and she’s now in a position where she’ll need a very strong Q2 just to remain somewhat viable heading into the dead summer of an off-year. If Duran doesn’t at least quadruple her Q1 numbers, what had looked to be an interesting race will be all but over a year before the Primary Election.