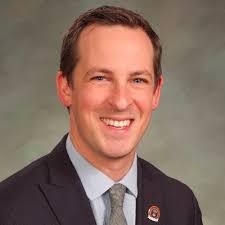 One of the most heavily-discussed bills in Colorado completed its journey through the state legislature on Wednesday. Senate Bill 181 was given final approval by the State Senate — including all amendments added by the State House — and now moves to the desk of Gov. Jared Polis, who is expected to sign the legislation within the coming days.

Senate Majority Leader Steve Fenberg, one of the prime sponsors of SB-181, announced the bill’s success in an email message earlier today:

SB181 marks the most sweeping and comprehensive reforms to oil and gas laws our state has seen in over 60 years! Health and safety will finally be the top priority in the regulation of oil and gas. Local governments will finally be able to have a voice in what is happening in their communities.

Here’s a quick summary of what the bill accomplishes:

♦ Puts health and safety first by clarifying the mission of the regulator, the COGCC, is to regulate (not foster) the oil and gas industry.

♦ Empowers local governments to have decision-making authority over the siting of oil & gas activities in their community and allows local regulations to be stronger than state requirements.

♦ Protects property owners from forced pooling by increasing the threshold of consent required before forcing other mineral interest owners.

♦ Reforms the COGCC by reducing industry representation and influence on the commission.

9News has more on the final passage of SB-181, which included more than 30 hours of public testimony.