The Greeley Tribune runs a regular column entitled the Weld County Oil and Gas Spill Report that provides a handy break-down of the spills and other “releases” reported in Colorado’s most drilled, most fracked county. A pretty typical spill summary might read:

It is a useful feature, and worth checking regularly. But it didn’t capture what’s going on a few counties west, up in Jackson County. Apparently for that its up to individuals to check the state’s databases, since most counties and communities–even those being actively drilled–are not served by such diligent reporting.

Of course media following the oil and gas beat in Colorado have been busy covering SB 181–the pubic health and safety/oil and gas reform bill. Which means covering the Capitol circus–Democratic leader using machines to a read bill, a Republican senator talk of secession. But meanwhile the wildcatters and frackers, the big boys and the ‘moms and pops’ are still busy.

Even if drilling is down a bit, along with the price of fracked gas glutted at the hub. Leasing and permitting still continues apace–locking up the public’s lands in speculative chains, raising uncertainty in neighborhoods and for nearby towns and ranchers–all without much say by local jurisdictions about when, how, and where such activity should occur.

Which is to say that business still gets done–even if some workers get a paid day off to spill into the capitol instead. Consider North Park, for instance. There an Oklahoma company is getting called out by the state oil and gas commission, the “COGCC,” for the number of “reportable” incidents–also called “spills and releases”–in its operations there.

This incident is the 11th reportable Spill since January 2, 2019. With the 10-day Supplemental F-19, provide SandRidge’s operating plan to prevent this incidents going forward. The plan shall include at a minimum:
Detail description(s) of ALL activities and field operations SandRidge currently has ongoing in North Park;
Details of root causes of ALL reportable spills SandRidge has had in North Park since January 1, 2019; and
Details in how SandRidge is managing and providing oversight of all their subcontractors in North Park.

Since the spill that triggered the response, initially reported on March 8, the same operator has reported a twelfth spill, also in North Park:

At 1000 this morning (3/14/2019) flowback crews found an approximately 10 to 15 bbl spill of flowback water on the SU 9 pad. The crews had shut down the site on 3/13/2019 and given escort off-site back to Walden due to severe snowstorm. When they arrived back on-site today they found that two frac tanks storing flowback water had failed valves. The valves slowly leaked out flowback water onto the pad. Frac tanks had earthen berms constructed around them so no fluid left the secondary containment area and no fluid left the pad site. However, the area under the tanks are not lined.

But you may have missed all this spilling going on. I did until a link came across my Twitter feed. 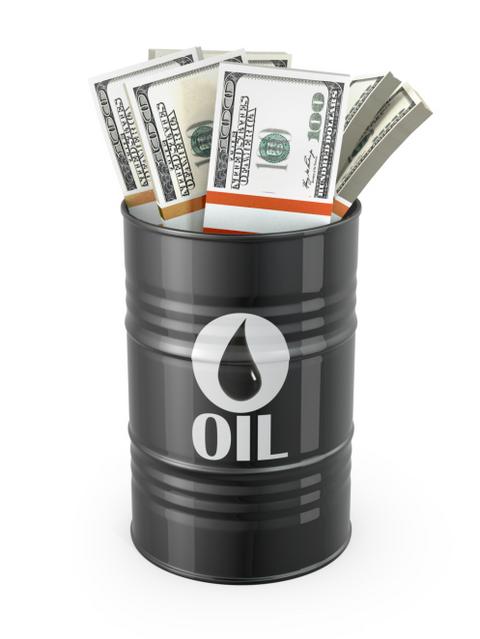 Buying influence has long been a go-to strategy, coupled with spreading crazy promises and threatening exaggerated calamity. But the sheen may be wearing thin as oil and gas reform bill moves through the Colorado State Legislature.

Now the Colorado media has done good work covering SB-181, which would reform the COGCC, and clarify that its mission is to serve the public’s interest and not to foster private gain; would strengthen forced-pooling protections and due process; and, would allow local jurisdictions to exercise what would otherwise be typical authorities (except, currently, for oil and gas).

But the media has also given lots of coverage to push questionable and exaggerated claims from industry, and to highlight high profile critics–even those pumping obvious op-ed oil for industry, sometimes without disclosing those ties.

So, in the drama and the back-and-forth at the Capitol, it is still Coloradans getting fracked. Amid the industry wailing and gnashing of teeth, the spilling and drilling that brought us all to this point continues.

And that is the issue, the matter at hand. That is why no bottomless PR budget or deep-pocketed astroturf will drive it away.

Coloradans are being harmed under the current oil and gas regime. Take what just happened near Broomfield, right in the midst of the SB-181 debate. That legislation would reform Colorado’s antiquated “forced pooling” laws, among the very weakest in the nation. But for now, without that protection, this:

DENVER — The Colorado Oil and Gas Commission voted Tuesday to approve a measure that moves forward plans by Denver-based Extraction Oil and Gas to drill in Broomfield despite protests from residents who live near the proposed drill site in the city’s Wildgrass subdivision. –BizWest

And over in Battlement Mesa, on the Western Slope residents aren’t giving up despite what they feel is rote approval by the current COGCC, seen by many there as a rubber-stamp agency.

DENVER (CN) – Residents of a town nicknamed “the Colorado Dream” sued the state Oil and Gas Conservation Commission in state court in Denver Thursday for approving a drilling permit that they claim threatens the “idyllic community.”

Filed by Battlement Concerned Citizens and the Grand Valley Citizens Alliance, the lawsuit scrutinizes the commission’s approval of Ursa Operating Company’s most recent proposal to frack, or hydraulic fracture, and drill 24 oil and gas wells in an area already dense with mineral development. Garfield County residents have fought against fracking impacts, risks, and intrusions for over a decade.

From one side of the Rockies to the other, local communities and local denizens of the gaspatch are saying “Enough.” SB-181 has been a long time coming.

The battle for Battlement has been waged over “unconventional” oil and gas development for ten years longer than on the Front Range.

There in the late 90s and early 00s, fracking techniques and horizontal drilling were pioneered in the Piceance basin’s tight sands formations.

Engineering technologies that have been developed in the
Piceance basin include Multi-Zone Stimulation Technology
and the Just-In-Time Perforation system. These two technologies work in conjunction during the well-bore stimulation process and enable completion of up to 50 gasbearing intervals in one well. Well-bore stimulation technology begins at the base of a well and moves upward, sequentially fracturing and stimulating up to 10 zones… -Houston Geological Society Bulletin, 2010

In the Piceance basin people, streams, and wells were polluted years ago, when fracking up the Front Range was still mostly a sparkle in some executive’s eye. So SB-181 ought not catch anyone by surprise.

After I was alerted by my Twitter feed, I looked into the North Park incidents some more. North Park is a lovely place, north and west of Rocky Mountain National Park. It comprises the headwaters of the North Platte River, beautiful and peaceful, with place names like Willow Creek and  lots of moose and other wildlife.

Moose are among the many species of wildlife thriving in Colorado’s North Park, where expanding, and perhaps reckless, oil and gas development could harm habitat.

Away from the Front Range, and the neighborhoods at Battlement Mesa, forgotten places like North Park are also why Colorado needs oil and gas reform. North Park is exactly the type of place the State of Colorado should be considering carefully for its other values and critical resources, before it hands out drilling permits.

One thing SB-181 does is add a new wildlife expert on the COGCC, the state agency responsible for regulating oil and gas in Colorado. For North Park this could not come too soon.

Considering all this, it is disingenuous for industry to pretend SB-181 is just about servicing Boulder (Radical!). Or that it is somehow–despite being completely different policy–really just Proposition 112 reborn (Sneaky!). COGCC reform is a long time coming. The need and public demand for it run deep, and SB-181 is a reasonable response.

SB-181 is about communities and neighborhoods tired of being told that their future is to be fracked, regardless of their own ideas on the subject. This is about property owners standing up for their rights and what they own. It is about government closest to the people being able to promote common sense practices that put priority on the health and safety of residents. SB-181 is about Coloradans sick, literally, of putting their children and family’s health at risk to benefit a private industry, one that is perfectly able to follow stronger rules and regulations.

So as the drilling and spilling continues, as industry’s arrogance of entitlement steam-rolls over the property and rights of others; as its defenders play their auto-replies, that economy activity will slam to a halt with any public interest based regulation–And why do we hate workers and America?

With claims that better community protections will force us all to freeze in the dark, eating our last meal of raw hamburger as it spoils in the warm fridge; they should also be aware. Coloradans are acting to put public health, safety, and a clean environment first. Its time and SB-181 should rightfully become law.