Take Me to Your…Um, What’s the Word I’m Looking For? 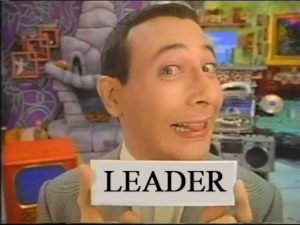 The word of the day is…

Former State House Speaker Crisanta Duran kicked off her campaign for Congress in CO-1 (Denver) on Sunday with an exclusive interview with Denver7. Today, Duran rolled out a nice endorsement in former Denver Mayor Federico Peña.

As Ernest Luning reports for the publication formerly known as the Colorado Statesman, it’s not hard to figure out what message apparently polled the best in her pre-campaign research (all bold text is Colorado Pols’ emphasis):

Duran declined to point out policy differences with DeGette, who was first elected to the Denver-based 1st Congressional District seat in 1996, but said she wants to let voters in the heavily Democratic district decide if it’s time for a different style of leadership…

…”I have appreciated the work Congresswoman DeGette has done,” Duran said. “I do think, though, in these time when we have Donald Trump in the White House, we must evaluate how we move this country forward and make sure we have the right leaders in the right place at the right time.”

She added: “These times in particular, we need to make sure we’re doing everything in our power to be able to lead. I have a new and different style of leadership that I could bring to Congressional District 1. At the end of the day, it’s up to the voters to decide who is the best leader moving forward.”

“Building community is very important to me and is a different leadership style, I think. I also think that during the time that I’ve served, I’ve never shied away from tough issues,” Duran said. “In this time we need leaders who do things not for political convenience, but for political courage. It’s not a time to be shy, it’s not a time to play it safe, it’s a time to be bold. And I think it should be up to the people of Congressional District 1 to be able to cast their vote (for) who is the best leader to move the district forward.”

In fairness to Duran, words like “conductor,” “skipper,” and “pacesetter” probably don’t pop as much with focus groups.