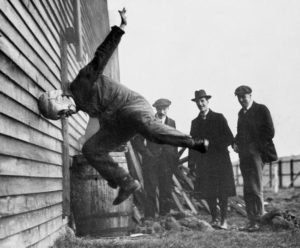 As Ernest Luning writes for the publication formerly known as the Colorado Statesman, it’s not hyperbole to call these numbers disastrous for the GOP:

President Donald Trump remains wildly popular among Colorado Republican voters, and they overwhelmingly believe immigration is the most important issue facing them, a new survey conducted by a GOP polling firm finds.

And by a wide margin, Republicans in Colorado prefer uncompromising conservative candidates to moderates who are willing to work with Democrats to get thing done, according to the survey made available in advance to Colorado Politics…

…“It’s all Trump. They love Trump,” said pollster Ryan Winger, director of data analysis for the Louisville-based firm. “Call it partisan, call it tribal — they support the president.”

You can read the full polling memo from Magellan Strategies, but this is the problem in a nutshell for the GOP: Colorado Republicans love President Trump and a majority are only interested in supporting hard-right Republican candidates at every level of government. Unfortunately for Republicans, this is not at all what the vast majority of Coloradans would prefer. As Magellan pollster Ryan Winger tells Colorado Politics:

“Dislike of President Trump was a big reason why Republicans got swept out of the statewide offices in November. When Republicans say the problem is our guys weren’t enough like Trump, there’s a complete disconnect there between what they’re thinking and what other voters in Colorado are thinking.” [Pols emphasis]

Let’s take a deeper look at some of the more noteworthy numbers from Magellan’s latest poll:

Colorado Republicans give President Trump an astounding 90% approval rating — with 72% of respondents saying that they “strongly approve” of the President’s performance. It would be an understatement to say that these numbers are not supported by the rest of Colorado voters. Among all Coloradans, Trump’s approval rating is at about 39% (and as you may recall, Trump did not carry Colorado in 2016).

A different survey conducted by Magellan Strategies shortly after the 2018 election found that Colorado Unaffiliated voters were THREE TIMES more likely to vote against Republican candidates because of their dislike of Trump. As Magellan’s David Flaherty said at the time, those results “can only be described as extraordinary … because in the past 20 years, never has one political party been so overwhelmingly rejected at every level of representative government by the electorate.”

Among Colorado Republicans, immigration is far and away the single most important issue. Magellan found that 48% of Republican Primary voters and 40% of non-Primary voters prioritize immigration reform policies above any other subject. A full 88% of Republican respondents support the idea of a big ‘ol border wall. “Government spending” (11%) and “Transportation” (10%) were the next most popular issues. The rest of Colorado is much less interested in this topic; in 2018, Unaffiliated voters in Colorado listed “Healthcare” and “Education” as the foremost issues that drove them to the polls.

Colorado Republicans have no interest in candidates looking to find a middle ground, with 61% of respondents saying they prefer “uncompromising, conservative candidates” to “moderate candidates.” This suggests that Republicans are stuck in the same endless loop of nominating the most right-wing candidate for a General Election drubbing, in part because they are sticking with conspiracy theories to explain their 2018 losses. This section of Luning’s Colorado Politics story should make every Republican cringe:

While the Republicans who responded to the poll had plenty of theories to explain their losses in November, the most common reason appeared to be widespread voting by new residents — from California and other bastions of liberalism — as well as a suspicion that immigrants in the country illegally and voting fraudulently are responsible for Democratic wins in Colorado.

“Every available set of information and facts out there tells you it doesn’t happen, and voter fraud is basically nonexistent,” Winger said. “The system of elections in Colorado is consistently ranked the best in the country. I don’t know how you dislodge that in people’s minds.”

He added that the notion that illegal immigrants are behind Republican losses at the ballot box dovetails with another assumption the pollsters heard from the Republican voters, that the media are somehow suppressing the real story.

“It’s this idea that because they love Trump, the only reason [he] and his agenda wouldn’t be popular is if a bunch of illegal people are voting, and the people aren’t hearing the truth about Trump and his policies. When they see a survey that says Trump is not popular, they just don’t believe it.”

Welp, there you have it. If ignorance is bliss, as the saying goes, then Colorado Republicans are happy, happy, happy.

For different reasons, Colorado Democrats should be equally thrilled.