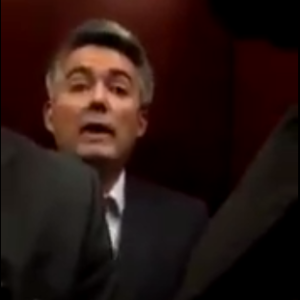 A new poll from Keating Research of Colorado voters shows about what you’d expect the January after a wave Democratic election with nothing in the interim to boost Republican fortunes–continued low favorability for both President Donald Trump and Colorado’s highest-ranking Republican Sen. Cory Gardner, and little appetite for the Republican agenda generally:

Colorado voters remain unimpressed with Donald Trump, with majorities blaming him for the government shutdown and opposing plans to spend $5.6 billion for a wall on the southern border with Mexico, according to results of the latest Keating Research-OnSight Public Affairs poll released today.

In a survey of 500 active Colorado voters, Trump was viewed unfavorably by 60% of respondents. Trump’s low favorability with Colorado voters — 39 percent — is identical to that of Republican U.S. Sen. Cory Gardner. Both Trump and Gardner are up for re-election in 2020.

Both Trump and Gardner clock in a favorability that spells big problems for either of them here in 2020. In Trump’s case, locked-in unfavorability is much higher than Gardner’s 43%, but still underwater–and with Trump likely at the top of the ticket with Gardner in 2020, it’s collateral damage Gardner is likely to suffer. 58% of respondents oppose the construction of Trump’s wall, and 53% blame Trump for the recently-ended shutdown.

“Having seen Republicans in Colorado washed away at all levels by the midterm blue wave, Senator Gardner has been frantically trying to move to the middle. But it’s likely too little too late given the advantages Democrats will have in Colorado in a presidential election year and the Trump anchor around his legs,” said Curtis Hubbard of OnSight Public Affairs.

Difficult to argue with that assessment. Here are your toplines and crosstabs.