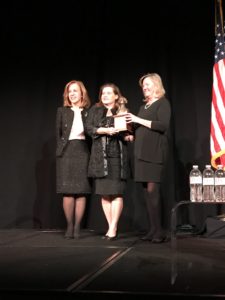 Last week’s most-discussed lowlight in Colorado politics, Rep. Lori Saine’s disastrous attempt to appropriate the occasion of honoring Dr. Martin Luther King, Jr. by asserting that blacks and whites were lynched “in almost equal numbers” for “the crime of being Republican,” could have been a one or two-day news incident with limited collateral damage for the GOP brand. The reason it didn’t stop is simple: Rep. Saine steadfastly refused to apologize, and in fact doubled down in subsequent days to inquiring press and various talk-radio audiences.

At this point, the Greeley Tribune’s editorial on the matter for today’s edition sums up the view of any smart Republican:

That’s our advice to Rep. Lori Saine, R-Firestone, who kicked over a hornets nest this past week at the Colorado Capitol when she claimed in a speech on the House floor that blacks and whites had been “lynched in nearly equal numbers” for the crime of being Republican in the aftermath of the Civil War…

We don’t see what Saine hoped to accomplish by making her remarks. Republicans in the Legislature will have their work cut out for them this session to advance their agenda as a minority party. Saine’s comments won’t make that easier. At best, they’re a needless distraction from the work lawmakers of both parties must accomplish during this year’s legislative session. At worst, they’re ignorant and distasteful.

Rep. Saine may be doing splash damage to Republicans well above and outside her stomping ground of the Colorado General Assembly, but it’s unlikely that any of this will result in a even a private reprimand from House GOP leaders. House Minority Leader Patrick Neville does not have a record of enforcing discipline on his members, since he possesses irresponsible blowhard qualities himself–not to mention a recently-demonstrated moral blind spot.

Most likely, the only way the “digging will stop” is via Rep. Saine’s impending term limit.