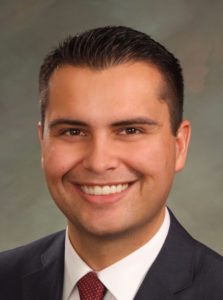 As the Colorado Springs Gazette’s Conrad Swanson reports, Republican Rep. Dave Williams–best known for his anti-immigration antics in the Colorado House among other distasteful misadventures–has introduced a piece of legislation that we think everyone should be able to support:

A Colorado Republican legislator is gathering support from Democrats on a bill one GOP leader calls “sinister” and others say has the potential to bankrupt the party.

That Republican, state Rep. Dave Williams of Colorado Springs, defended his House Bill 1046 Tuesday in the House Committee on State, Veterans, & Military Affairs, of which he is a member, saying it would prohibit political parties from from preventing delegates or alternates from voting in caucuses or party assemblies unless they cough up what are commonly known as ‘badge fees.’

…For years, Colorado Republicans have arrived to county, state and other district assemblies with their checkbooks in hand because the GOP charges fees – ranging from a few bucks to $70 per assembly – to serve as delegates and alternates.

Rep. Williams is reportedly co-sponsoring House Bill 19-1046 with Democratic Rep. Susan Lontine, and the bill passed out of the House State Affairs Committee yesterday on a unanimous 9-0 vote:

Bipartisan support to end the poll tax, pay-to-play scheme in our election process.

Swanson reports that opposition to the legislation came entirely from Republican Party officials from the state and county organizations, who warned that the loss of these fees could bankrupt county parties in particular. It’s possible that some of Williams’ motivation for introducing this legislation traces back to ongoing tensions within the El Paso County Republican hierarchy, but you just can’t argue with the idea that participation in the caucus and assembly process, an important part of our representative small-d democracy, should not carry a fee. Williams’ description of this as a “pay to play” scheme is objectively pretty close to the mark–with no analogue on the Democratic side, where we’re pretty sure attempting to charge such a fee would prompt a revolt on general principles.

And if ending the practice is really going to bankrupt the local GOP, maybe it should.