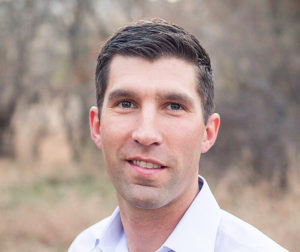 Yesterday, the Colorado General Assembly held a training session on workplace sexual harassment to address the issue, following an historic reckoning in the 2018 session that resulted in the first-in-a-century expulsion of a sitting lawmaker, Democratic-turned-Republican Rep. Steve Lebsock, and the eventual resignation of by some accounts the worst offender of all, Republican Sen. Randy Baumgardner of Hot Sulphur Springs. A second Republican Senator, Jack Tate, announced that he will not run again following an investigation into his misconduct with a Senate aide.

Although politically a no-brainer, yesterday’s training was not expressly mandatory–and as 9NEWS reports, two Republican Senators chose not only to forego the training but complain about it the indignity of it all:

The training was not mandatory and two state Senators decided not to attend. 9NEWS spoke to both Sen. Owen Hill (R-Colorado Springs) and Sen. Don Coram (R-Montrose), who gave varying reasons for not attending.

Note that the “bullying” alleged here appears to be Senate Minority Leader Chris Holbert, who 9NEWS’ Marshall Zelinger reports “strongly encouraged” Republican Senators to attend. But we’ll set aside Sen. Don Coram’s red-on-red objections to focus on the comments of another Republican, Sen. Owen Hill. Not content to simply tell reporters he didn’t have to attend, Hill launched into a hypocritical tirade over yesterday’s sexual harassment training that obliges a response:

[Sen. Owen] Hill, on the other hand, took a different tack, saying the training was “sanctimonious hypocrisy.”

“The Senate Leadership illegally fired ou[r] Senate secretary for taking a stand against sexual harassment and now they want to lecture me?” he asked. [Pols emphasis]

In order to understand just how egregiously Sen. Hill is misrepresenting the facts, let’s review. In response to the findings by multiple redundant investigations that allegations of sexual harassment at least two Republican Senators were credible, a retaliatory complaint was filed against Democratic Sen. Daniel Kagan by now-ousted GOP Sen. Beth Humenik. This complaint alleged that Sen. Kagan had used an unmarked restroom reserved for female Senators and staff. No allegation of any misconduct other than using the wrong unmarked bathroom was ever made or found by the resulting investigation.

As we wrote about when it occurred last November, the former Senate Secretary Effie Ameen who served under GOP majority leadership was fired by incoming Democrats, reportedly due to her handling of sexual harassment complaints against Baumgardner and Tate–all the while helping to throw Kagan under the bus for his comparatively minor offense. The details here are critical to understand: as Democrats pushed last spring for a vote to expel Baumgardner, the results of a second investigation validating the allegations against him were kept under wraps by GOP Senate leadership–who then rushed a vote on the motion to expel before that second investigation could be disclosed. We only know what has been reported on the aftermath of this, principally by Colorado Public Radio’s Bente Birkeland, but it’s clear that Democrats held Ameen partly responsible for this cover-up.

Either way it’s a wholesale falsehood for Hill to claim that the former Senate Secretary “took a stand against sexual harassment” with regard to Kagan, because Kagan was never accused of sexual harassment. The truth of the matter as we understand it is that Kagan had medical problems that fully account for his use of the wrong unmarked bathroom–and nothing more needs to be said.

With that established, what we have is Owen Hill disgracefully turning a blind eye to the reality of sexual harassment committed by fellow Republican lawmakers–choosing instead to falsely attack a Democratic lawmaker who did not commit sexual harassment, all the while declaring that he has no need to attend sexual harassment training.

In short, Hill just proved why yesterday’s training should have been mandatory.