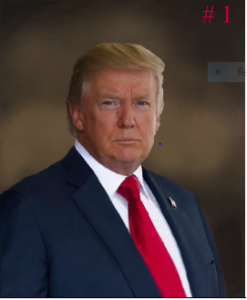 A committee at the Colorado legislature has approved a Trump photo and an associated sketch, which will serve as the basis for a Trump portrait that will be ready to hang in the Colorado Capitol by April.

The artist’s preferred photo, which she described as “consistent” with other presidential portraits in the Capitol, shows Trump with a “serious, non-confrontational, thoughtful” expression. 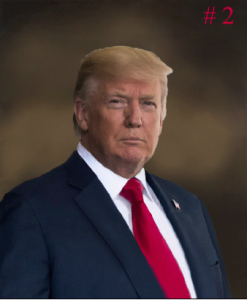 Boardman, who reviewed thousands of Trump photos prior to selecting the top four, called the “elevation and gaze” of her preferred image “perfect,” because it “is neither aloof nor depressed.”

“It is direct and shows confidence, courage, and purpose,” Boardman wrote of her preferred image in a memo to the committee. “It plays perfectly with the Pres. Obama portrait, which will be next to it–different but not dramatically.”

The artist explained her choice of Trump’s plain red tie as “consistently his choice,” and it “also denotes the Republican Party and is the color of strength.” The red tie also has an “artistic purpose,” partly because it “complements and balances” the four presidential portraits in the area. 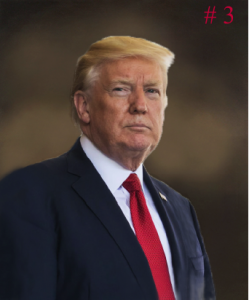 Boardman’s preferred sketch was supported by nine members the Capitol Building Advisory Committee, which has  12 members, including Republican State Senate President Kevin Grantham and Democratic State Rep. Susan Lontine of Denver. Three members of the committee didn’t express an opinion on the sketch.

The committee selected the most appealing of the artist’s options, instead of any of the less flattering portrait possibilities.

The April completion date for the portrait is months later than the previously announced completion date, which was hoped to be sometime before the Jan. 4 start of the legislative session. But the delay was not an intentional response to Trump’s escalating controversies.

In choosing the portrait, the Capitol Building Advisory Committee is following rules developed in accordance with a 1992 law, which mandated the promulgation of a document titled, “Criteria and Procedures For the gift or Loan of Objects of Art and Memorials Placed on a Permanent or Temporary Basis in the Colorado State Capitol, or on its Surrounding Grounds.” 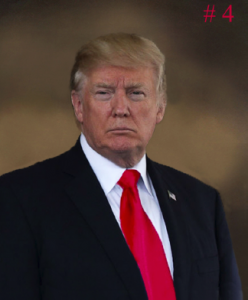 Presidential portraits are excluded from the detailed procedures, but it appears that the Capitol Building Advisory Committee could hold a final vote on whether to accept the final Trump portrait, if it wanted to.

Such a vote doesn’t appear to be mandatory and, as a result, would likely have to be requested by the committee chair. It’s not known who will be the chair in April, when the portrait is ready. No committee meetings are scheduled at this time.

It’s also not known what would happen if the portrait selection committee switched course and rejected the portrait. But a vote by state lawmakers on the Capitol Development Committee and, possibly, the entire General Assembly, seem possible, given procedures required for art. 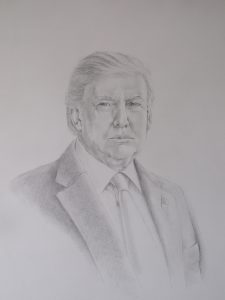 The document outlining the criteria for selecting presidential portraits states that the Capitol Building Advisory Committee should “facilitate the display of portraits as soon as practicable after each of these elected official’s inauguration, utilizing gifts, grants, or donations from any private source.”

Grantham spearheaded a GoFundMe fundraising effort to create the Trump likeness, saying at the time that Trump is a “populist,” and all citizens should have the opportunity to donate.  About $10,000 was raised from 216 donors. 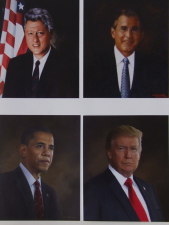 Trump’s proposed portrait compared to current ones at the Capitol.

Boardman, who’s working on the art, also painted portraits of Barack Obama and George W. Bush for the third-floor Capitol rotunda, where portraits of U.S. presidents adorn the walls.

The overall goal of art and memorials at the Colorado Capitol is reflect the the “enduring cultural and historical values the Capitol and its grounds represent to the citizenry of Colorado,” according to the written guidelines of the State Capitol Advisory Committee.