“No Labels” Leaves Nancy Pelosi Opponents In The Lurch 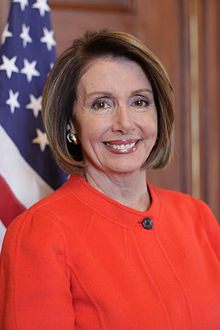 Following the Democratic retaking of the U.S. House this month, speculation over a possible battle for the new Speaker of the House quickly became a hot topic for both victorious Democrats and defeated Republicans. Nancy Pelosi’s return to the post of Speaker was by no means a foregone conclusion, but in the intervening weeks Pelosi has expertly navigated the challenges and mollified much of her Democratic opposition.

With an exception worth a mention, as ThinkProgress reports:

Now another group of moderate Democrats is threatening to upend Pelosi’s House Speaker bid. And they’re working with Republicans to do it.

The House Problem Solvers Caucus, a bipartisan collection of lawmakers that reportedly has solved very few problems since its creation, is refusing to back Pelosi unless she adopts their proposed rule changes.

The so-called “House Problem Solvers Caucus” is a product of a pseudo-centrist group known as No Labels. No Labels has aggressively played in Colorado politics in recent years, most prominently with their controversial backing of Cory Gardner’s Senate campaign in 2014. In that race, No Labels “evolved” from a nonpartisan atta-boy service to a heavily funded subsidiary of Gardner’s campaign, with No Labels field crews knocking on doors for Gardner in the final weeks. The other Colorado politician who has benefited from No Labels’ support is–you guessed it, Rep. Mike Coffman! 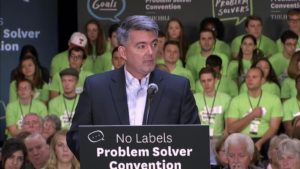 With that, local readers should realize very quickly that this not about “solving problems.”

Pelosi’s consolidation of Democratic support since the election, combined with an increasingly obvious interest in stirring up infighting among Democrats on the part of crypto-GOP groups like No Labels, makes continuing opposition to Pelosi from honorably-intentioned Democrats problematic. In Colorado, the most vocal opposition to Pelosi has been from Rep.-elect Jason Crow. Did Crow’s stated opposition to Pelosi during the campaign win him votes? As much as Coffman tried to vilify Pelosi for his own benefit over the years, we doubt it. In the end, the CD-6 election was not about Nancy Pelosi. It was about Mike Coffman, who vilified Pelosi, and Donald Trump. And Coffman lost.

At this point, the greater mistake may be to not recognize how the playing field has shifted.