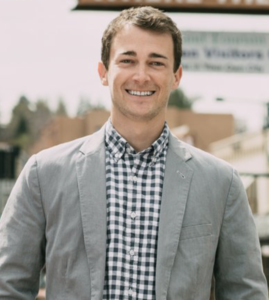 Jefferson County Democrat George Stern has moved ahead of Faye Griffin in the race for Jeffco Clerk and Recorder.

The 2018 Election was very good for Democrats, and it may yet get gooder.

In Arizona, Democrat Kyrsten Sinema has moved ahead of Republican Martha McSally in a nail-biter of a U.S. Senate race. In Florida, we could be looking at a recount in the state’s top two races, for U.S. Senate and Governor, while there may be some legal battles over an oddly-designed ballot in one Florida county. And in Georgia, the outcome of the race for Governor is still uncertain (though Republican Brian Kemp has declared victory over Democrat Stacey Abrams).

Here in Colorado there are a number of races that appear to be trending blue but are still uncertain. We wrote Thursday about three Democrats who moved ahead of their Republican opponents as late ballots were counted (HD-27, HD-47, and HD-50). As the Greeley Tribune reports, Democrat Rochelle Galindo now looks to be the winner in HD-50.

♦ In Arvada’s HD-27, Democrat Brianna Titone is closer to being the state’s first transgender lawmaker. The race between Titone and Republican Vicki Pyne may be headed to a recount.

♦ Arapahoe County is still working on a couple of important totals. In House District 38, Democrat Chris Kolker and Republican Susan Beckman are only separated by about 500 votes.

♦ In the race for Arapahoe County Clerk and Recorder, Democrat Joan Lopez has moved ahead of Republican incumbent Matt Crane and is the likely winner.

♦ In the Clerk and Recorder race in Jefferson County, Democrat George Stern has taken the lead over serial job-hopper Faye Griffin. Several thousand ballots still need to be counted, though most of them look to be from last-minute voters; as we’ve seen in other races this cycle, these late voters tend to favor Democrats.

December 4 is the deadline for candidates to request recounts in qualifying races.