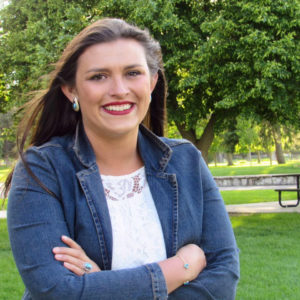 As the final ballots are counted up, three close Colorado House races are trending toward Democratic control–starting with the Pueblo Chieftain’s report on the red-hot HD-47 race between Democrat Bri Buentello and Republican “Deadbeat” Don Bendell:

Democrat Brianna Buentello apparently has won a narrow 54-vote edge over Republican Don Bendell in the race for the House District 47 seat but the race is headed for an automatic recount, according to Pueblo County Clerk Gilbert “Bo” Ortiz.

Buentello received 15,275 total votes in the contest to Bendell’s 15,221, according to the unofficial final results posted by Ortiz’s office Wednesday night…

Bendell had a 259-vote lead after the initial votes were tallied Tuesday night but Pueblo County had more than 13,000 uncounted ballots remaining. Ortiz’s staff finished counting those late Wednesday. 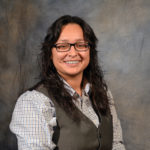 And the Greeley Tribune reports from HD-50:

With more than 2,000 votes left to be counted, there’s nothing decided when it comes to Greeley’s House District 50 race.

The candidates have just 70 votes separating them, with at least two more results uploads planned and 2,381 votes left to count, according to a news release from Weld County Clerk and Recorder Carly Koppes. 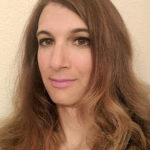 And finally, the Denver Post reports from Arvada’s HD-27:

In Arvada-centered House 27, Brianna Titone took the lead over Republican Vicki Pyne late on Wednesday in a district that has run deep red. Titone would be the state’s first openly transgender legislator.

“I had conversations with a lot of challenging voters that were often disenfranchised and angry about politics in general,” Titone said, adding that she felt confident about the results. “I told them that what I want to do is I want to bring the people back into government. I don’t want them to be voiceless.”

Assuming all three of these races hold their margins through recounts, we’re looking at a 41-seat Democratic majority in the Colorado House. That’s the biggest majority Democrats have enjoyed in the House at any point since that party took the legislature back in 2004, and a sign of just how big the blue wave in Colorado was this year.

In the particular case of Brianna Titone, on course to win the HD-27 seat, it’s worth noting that this is the seat formerly held by Libby Szabo, whose anti-LGBT votes and crass remarks while serving in the House made embarrassing national news. Along with the election of the first LGBT governor of the state in Jared Polis, electing Titone to HD-27 is a major development–reflecting the sea change in Colorado politics since the bad old days of Amendment 2.