“We have always felt like we’re running with President Trump no matter what. We think he’s a huge asset, to be clear. These rallies are not by mistake.”

Coloradans rarely hear such unapologetic devotion to Trump “no matter what” from the Gardner camp. When speaking to local media outlets, the Senator usually tempers his support of the President. Even when he’s praising Trump he makes sure to add a caveat, as he did during an election day radio interview:

“I think there are elements of the radical left who are going to oppose President Trump, no matter how good it is for this country. There are obviously things that we’re going to agree with and disagree with the president on. But the economy is creating jobs… Wages are going up. This is incredible.”

Yet for a national political audience, Gardner’s team is embracing Trump without reservation. The NRSC’s enthusiasm is understandable. As Politico reported, they owe him:

“Trump’s personal investment in the Senate sealed the deal.  He crisscrossed the country, hitting some states multiple times — all the while delivering sound bites that Republican hopefuls used to promote themselves and bash their opponents.” 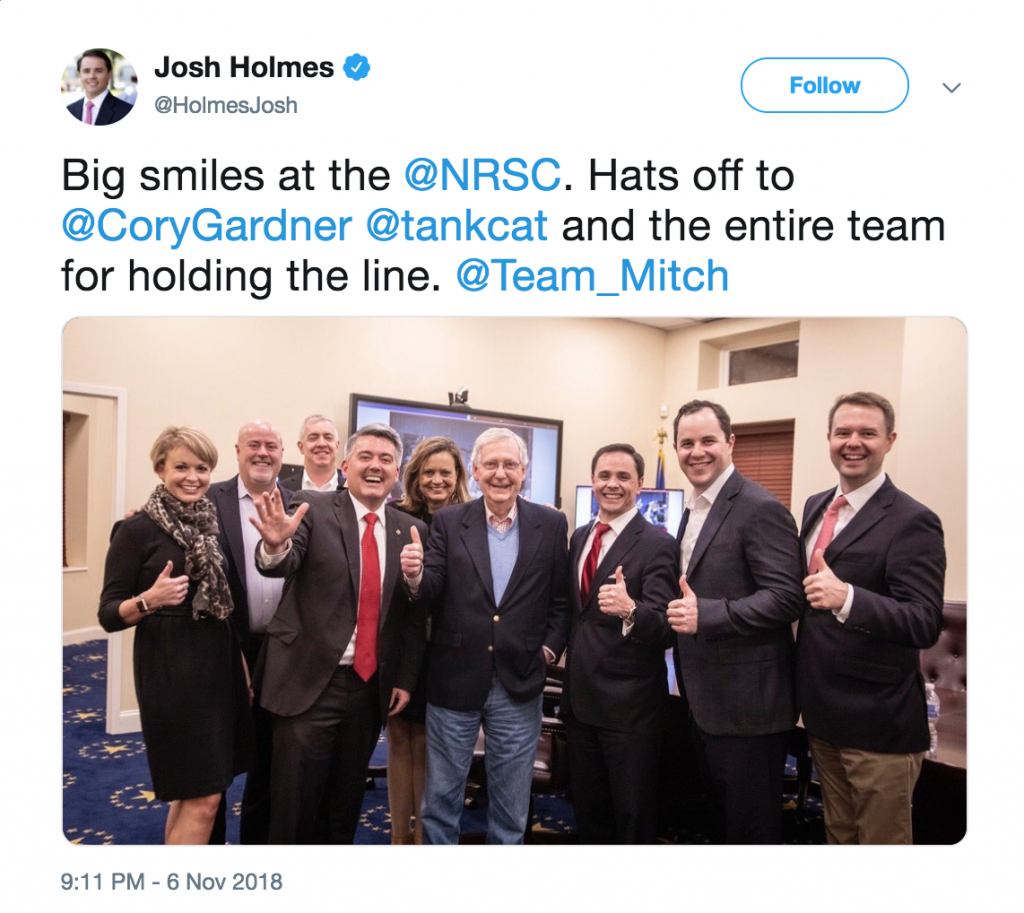 That’s fine for election night, but as eyes turn to Gardner’s own re-election here in Colorado, Trump is no longer a “huge asset,” but rather a massive liability. John Frank of the Colorado Sun examined this issue yesterday and found several political strategists in agreement:

“More than anything, the 2020 election is about Trump
And that’s not what Gardner wants to talk about.

‘I think his entire campaign hinges on Donald Trump,’ said Steve Welchert, a Democratic strategist. ‘If Donald Trump runs for re-election and (Gardner) has to campaign with Donald Trump and respond to what Donald Trump says every day, that’s a (expletive) nightmare.'”

Trump’s personality may have pulled Gardner’s team across the finish line, but the cost of hitching himself to the Presidential horse is starting to be clear.