No matter how cynical you become, it’s never enough to keep up. -Lily Tomlin So far the U.S. administration and Congress have done very little to hold Saudi Arabia accountable for the brutal murder of American resident and Washington Post columnist Jamal Khashoggi.

True that. And in the vein of “gallows humor,” I suppose it’s also hard to keep up with the horror show that our federal administration has become.

Overlooking the dismemberment of its residents by wealthy customers, caging children, fanning flames of hate that are literally murdering Americans, scapegoating, and weaponizing the U.S military as a political tool to rile up some midterm votes. No dime-store scare-novel could depict a more frightening nightmare than that which has befallen our nation.

So, Happy Halloween! Welcome to the Climate Dystopia

Its hard to keep up, and the horrors of the last week cannot be diminished. Still, this week we can all anticipate—Who knows what?—Almost certainly, some new gross display or executive malfunction.

But it’s also the case that just three weeks ago the world’s preeminent scientific body studying climate change warned that we have just over a decade to get our act together, and to get off fossil fuels or we may be facing a real dystopia, as the Guardian reported:

The IPCC report concludes that a world with 2°C of global warming will lead to more heat-related deaths, smaller crop yields, worse extreme weather events, slower economic growth, more people in poverty, and increase the population facing water stress by up to 50% compared to a 1.5°C world.

Like most of the scifi you may have read in the genre, this looming dystopia is of our making. And its consequences are likely severe.

“One of the key messages that comes out very strongly from this report is that we are already seeing the consequences of 1°C of global warming through more extreme weather, rising sea levels and diminishing Arctic sea ice, among other changes,” said Panmao Zhai, Co-Chair of IPCC Working Group I.

But unlike most of the novels you might have seen, however, this horror-show future is where we are heading toward right now. If we stay the course this is where we arrive. Or so the best minds studying this sort of thing say. Oh, and it’s a short ride until we get there.

We’re already seeing the changes. Consider weird and disruptive weather patterns being fueled by human-driven climate change. While the details of the contribution to extreme events that climate change has is still a matter of much study and debate, that some effects can be attributed is widely accepted by climate scientists.

The National Wildlife Federal has recently released a new report: UnNatural Disasters that includes a map that will be updated to track the type of events that have characteristics attributable to climate change.

“Our report and the National Wildlife Federation map show that the world has already warmed, with significant impacts on ecosystems,” said Univerity of Arizona Regent’s Professor Diana Liverman, a lead author of the IPCC’s new report.

“If we do not reduce greenhouse gas emissions and protect the biosphere as a carbon sink we could lose habitat for many key species.”

The long-term implications of climate inaction – by too many of our Senators and Congress, and by this administration – portend a real nightmare for the future. Each day we delay we harm our future. We take from our children’s well-being each day we allow politicians to dodge accountability and action. And we take from them each day we dodge our own. 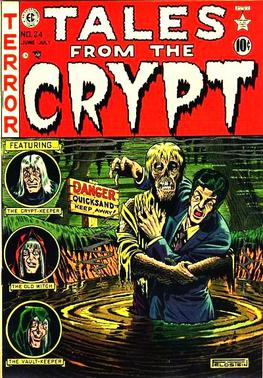 The scary tale references that help make this a Halloween post do not compare to the future scientists warn we are facing unless we take bold and immediate climate action.

There is still time to register and vote, if you are reading this and are somehow one of those not yet persuaded to do so. And if you have already voted, or are voting, there is still time to make sure your friends, family, and neighbors vote, and to help get your priority issues – Like NO on Amendment 74 – over the finish line.

Because the IPCC Report did not mince words and it’s not just science fiction or a scary Halloween tale.

The diversity and severity of impacts from climate change read like a narrative we might see in a Hollywood movie, but are in fact, and disconcertingly, the clear-eyed projections of where we are heading in reality, barring massive economic mobilization and rapid transition to cleaner technologies.

In most good narratives the protagonist must overcome an obstacle or meet a challenge. Under the current administration America is subject to a cabinet of swamp creatures in service to polluters, intent not in rising to the call but in doubling down on dirty fossil fuels. This damages our public lands, pollutes our clean air, and harms our environment.  And it moves us further away from making necessary changes.

At the moment when we face this great obstacle, this existential challenge, leadership is critical and needed right now. As the IPCC Report also makes clear:

“The good news is that some of the kinds of actions that would be needed to limit global warming to 1.5ºC are already underway around the world, but they would need to accelerate,” said Valerie Masson-Delmotte, Co-Chair of Working Group I.

But first we need a U.S. Senate and House of Representatives that are willing to take the imperative for climate action seriously. So, get out and vote. And get out the vote. But just as importantly show up on November 7th with a mind to hold whichever politicians remain standing accountable. We cannot let Trump’s Swamp of Horrors turn our future into a climate nightmare.