Conservatives are spreading unsubstantiated rumors today that Democrats or their allies planted a white van that was seized today in conjunction with the arrest of a suspect in the case involving bombs mailed to Democrats. 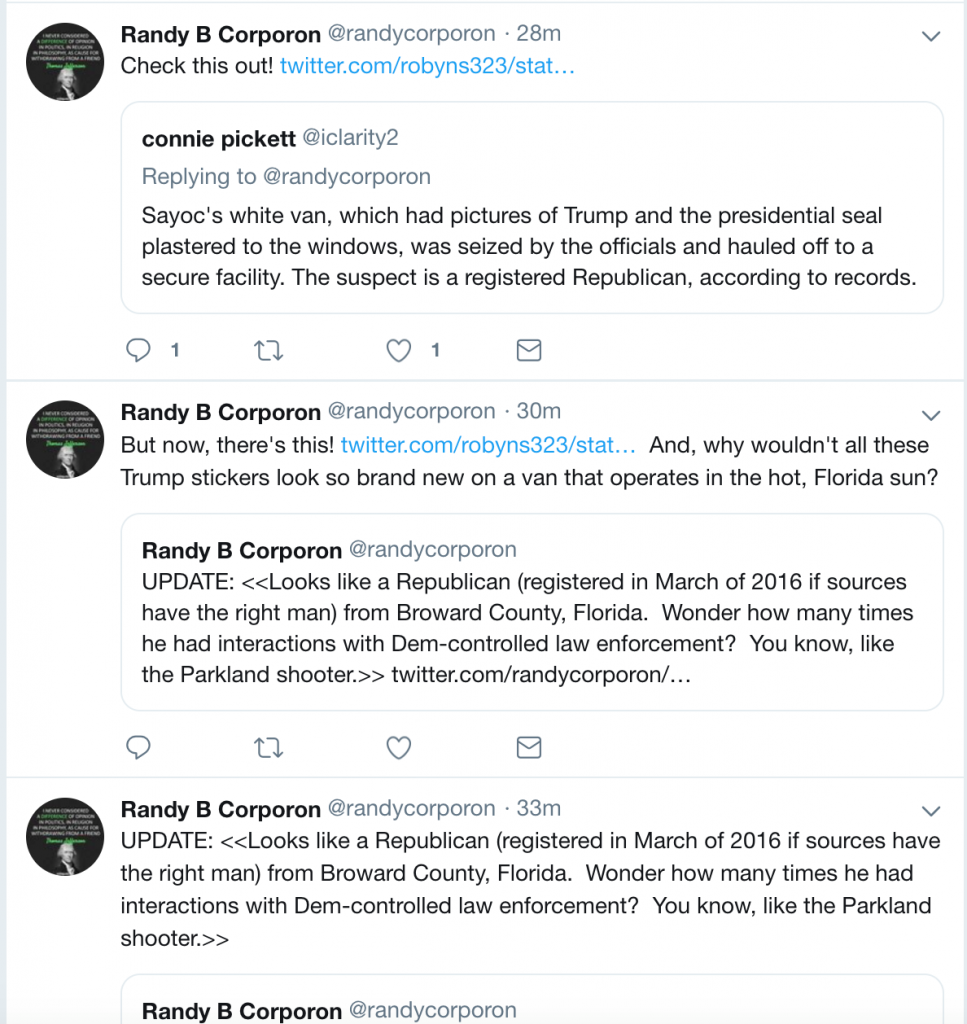 Federal authorities covered and seized a white van in Florida after the Department of Justice confirmed an arrest had been made in the bomb investigation. The suspect was arrested at an auto repair shop in Plantation, Florida.

Aerial footage captured images of the van before it was taken away. Some of the van’s windows were covered with stickers.

A phone message seeking a comment from Corporon wasn’t returned, and a search for any evidence backing up the KNUS talk radio host’s conspiratorial tweets turned up nothing.

Trump congratulated law enforcement officials for their work on the case today, after encouraging news outlets earlier to drop the matter and instead cover political issues leading up to the upcoming election.

“Republicans are doing so well in early voting, and at the polls, and now this “Bomb” stuff happens and the momentum greatly slows – news not talking politics. Very unfortunate, what is going on. Republicans, go out and vote!” tweeted Trump.