The End Is Nigh: Now Tim Neville’s Hiding Behind Hickenlooper 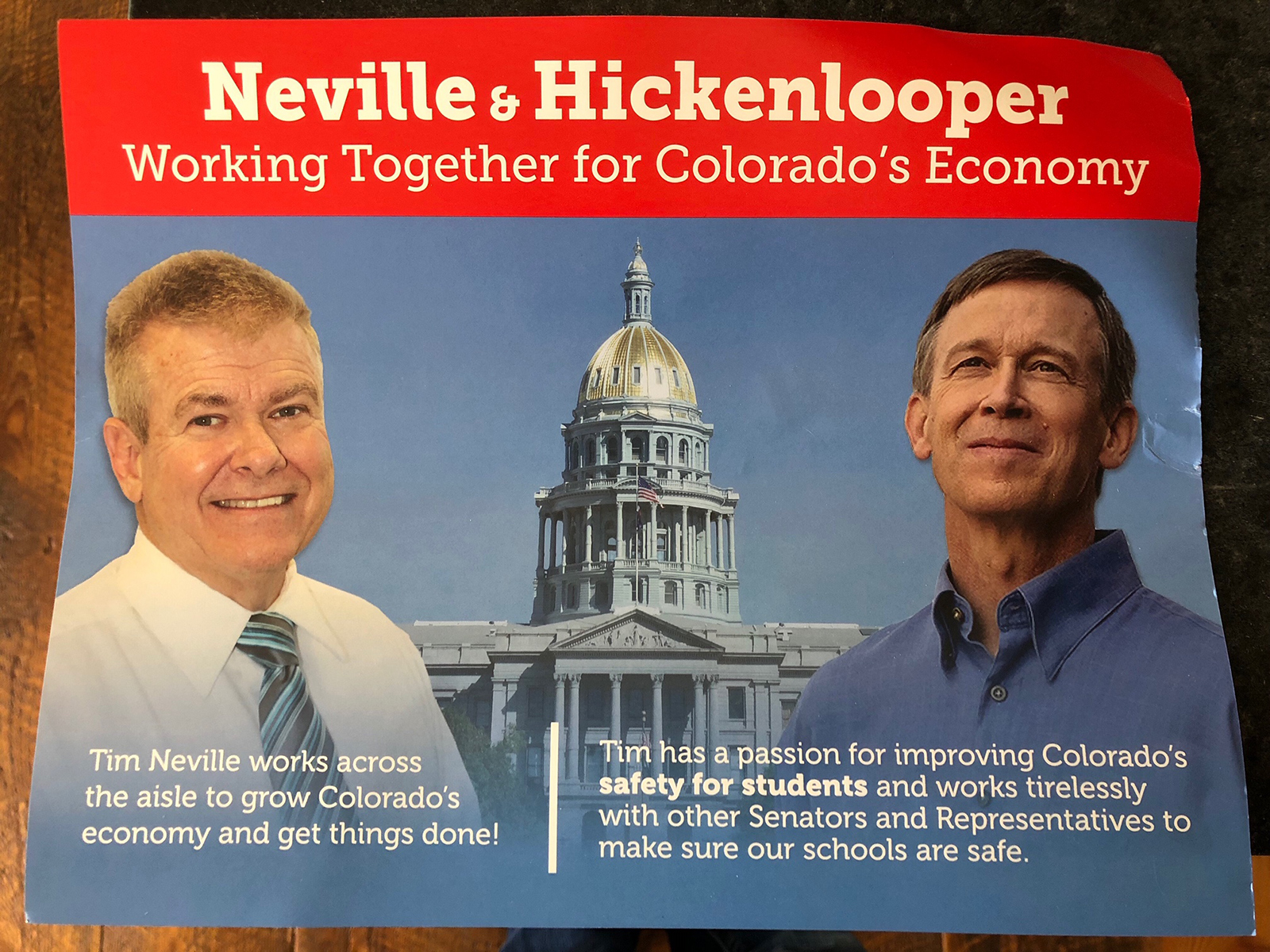 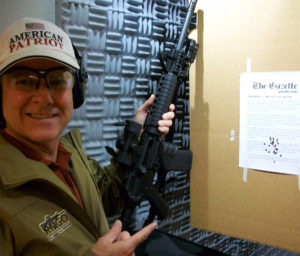 This is a campaign mail piece delivered late last week in incumbent GOP Sen. Tim Neville’s red-hot SD-16 race against Democratic challenger Tammy Story. We’re not completely sure which voters was targeted with this piece, sent by the “independent” Business Opportunity Fund tied to a network of well-heeled Republicans at the Colorado Concern–but we would assume it’s aimed at Democrats and left-scoring independent voters.

For readers who haven’t had the pleasure of getting to know Sen. Tim Neville over the years, we’re basically talking about the anchor of the Colorado Senate GOP Majority’s far-right fringe. Neville has been the ideological driving force behind two different Republican Senate Presidents, and along with his son House Minority Leader Patrick “Boy” Neville control a bloc in both chambers without which Republicans can’t achieve a working majority within their caucuses. Neville’s policy interests range from perennial anti-abortion campaigns to dismantling Colorado’s gun safety laws to making public schools safe for “anti-vaxxer” conspiracy theorists at the expense of public health.

In short, to imply that moderate Democratic Gov. John Hickenlooper would in any way support Neville’s re-election is an absurdity like few others possible in Colorado politics. Hickenlooper supporting Tim Neville would be like Hillary Clinton endorsing Ted Cruz for re-election over the competitive Democrat in the race. No one who knows anything about Tim Neville would ever possibly believe this. That’s why a mailer with these two men together and a fake “quote” below Hickenlooper’s image praising Neville stands out as not just deceptive, but outlandish dishonesty.

Trying to remake Tim Neville into a palatable candidate outside his fringe base is an extreme example, but this is merely the latest product of a years-long strategy by Colorado Republicans to audaciously triangulate off their own brand in order to stay alive politically in a left-trending state. Much like Rep. Mike Coffman’s roundly lampooned (but probably effective) TV ads sporting Planned Parenthood logo and Coffman’s occasional press-release criticism of Donald Trump, there is an implicit recognition that Republicans are deeply unpopular with a growing and diversifying majority of Colorado voters. But maddeningly to local Democrats, Coffman and others have made this self-deprecating strategy work.

But Tim Neville takes the farce too far. This can’t work. And if it does, then truly–nothing means anything.