“It’s a Cult” – The Society of Science-Denying Politicians

Hurricane Florence gathering in the Atlantic, several days before landfall near Wilmington, NC.

Its still too early to tell how damaging Hurricane Florence is going to be, and those aiding in the rescue under way and the recovery to come deserve our, and the government’s, full support.

But there is one thing we can almost certainly be sure of. Whether the storm lives up to its worst fears, or not, science-deniers will point to it to make fun of climate change.

The usual brigade of followers and amplifiers will tweet and blog and push out whichever false narrative fits the ideology, and then we’ll get back to business as usual: Gutting the Clean Power Plan, slashing methane pollution regulations that protect taxpayers and the environment, walking away from the world, rolling back the clean car rules. The list of bad things done, and climate wrongs committed by this administration is noteworthy.

However you graph it, the trends are clear. Climate change is real.

For no string of extreme weather events, no list of new records replacing the last new records that replaced the ones before, no data of climbing temperatures and escalating droughts, can penetrate the bubble insulated by the love of cold hard cash. Their gain is your loss, of course. Remember, you can’t spell “trickle down” without “trick.”

By ending the methane rule Ryan Zinke’s Interior Department admits taxpayers stand to lose more than $1 billion in wasted resources. Replacing the Clean Power Plan with the Dirty Power Scam could cost 1,400 American lives every year. And no matter that the methane waste rule has support from across the nation, and in Colorado. Earlier this year, a Colorado College poll found that 7-in-10 western voters support methane waste requirements for federal public lands, including most Republicans in all states surveyed.

In May 2017, a bipartisan group of Senators rejected a Congressional Review Act resolution to repeal the BLM methane rule. For this we can thank the hundreds of thousands of Americans who contacted Congress, and who resisted efforts to sell America out to oil and gas lobbyists. But we can’t thank Cory Gardner, Colorado’s junior senator, who voted against taxpayers and our climate, and voted to repeal the methane waste rule.

And that’s the rub. If Americans fail to hold elected leaders to account, someone else probably is doing it in our absence. The Trump administration agencies have, by all appearances, been captured outright—and the fox-like polluters have just set up shop right inside the public’s hen-house. And in the case of Congress, lots of special interest money has a lot at stake when it comes to climate pollution, spending a relative pittance on a politician or two no doubt seems a prudent investment. 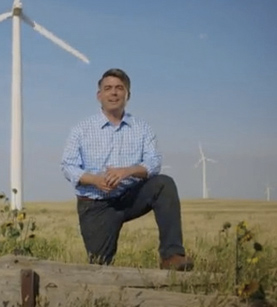 That’s because accountability—when it comes for climate villains—could be costly, and they understand this. It troubles them as deeply as the trillions in stranded assets they could be left sitting with when reality sets in.  Which it will. And sooner rather than later. With the damages to life, limb, and property climbing each wildfire and hurricane season, take it to the bank that a reckoning is coming due.

If elected officials can breeze by with a few nice photo ops and easy votes for funding Colorado jobs and pretend its leadership, then we can expect them to keep fiddling around.