UPDATE (FRIDAY): Officials at the White House are reportedly looking at 12 potential authors of the Op-Ed. 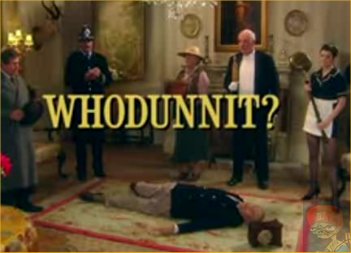 The anonymous Op-Ed published by the New York Times on Wednesday afternoon — you know, the one that absolutely demolishes President Trump — has people buzzing about the identity of the author (“who wrote the op ed” is a top suggested search on Google). We know the person responsible is a “senior official in the Trump administration,” as described by the Times…and that’s about all we know.

The list of suspects is immense and hard to narrow down, so we took to the Internet tubes to find the names being mentioned most often. Our sources include Chris Cillizza of CNN; Taylor Telford of the Washington Post; Andrew Prokop at Vox.com; and even the betting site OddsShark (which listed Vice President Mike Pence — who purportedly likes the word “lodestar” — as the early favorite on Wednesday).

Here is that list, which is by no means exhaustive:

Many of these “suspects” have already publicly denied writing the Op-Ed, but we wouldn’t assume that anyone would cop to being the author already. Among oddsmakers, the names generally getting top billing are Pence, Coats, Mattis, Haley, Kelly, McGahn, Conway, and “Javanka” (Kushner/Ivanka).

So, who did it? You tell us. Cast your vote in our poll after the jump…

Who wrote the already-infamous anonymous Op-Ed in the New York Times? Pick from our list or suggest other suspects in the comments section below.