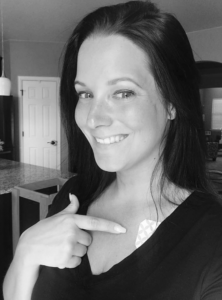 FOX 31 reported last week in rather inflammatory fashion about laws in Colorado pertaining to the killing of a pregnant woman, an issue that flares up politically every time such a horrible crime is committed:

After a Frederick man was arrested on murder charges after the disappearance of his pregnant wife and two daughters, a debate has reignited about Colorado’s laws regarding the killing of a fetus…

Watts faces three counts of first-degree murder and three charges of tampering with physical evidence. He is not charged for the death of the unborn child.

However, Colorado has laws that increase penalties for those who commit crimes against pregnant women. [Pols emphasis]

In 2003, Colorado passed a law establishing as a felony crime the unlawful termination of a pregnancy. In 2013, this law was strengthened considerably by the passage of House Bill 13-1154, which included situations in which a person “recklessly or carelessly” terminates a pregnancy in addition to deliberately intending to do so. Most importantly, this legislation specifically exempted any action by a woman with regard to her own pregnancy or actions of a health care provider–and also specifically stated that the legislation was not intended to “confer personhood, or any rights associated with that status, on a human being at any time prior to live birth.”

Why are these distinctions so important? Because so-called “fetal homicide” bills, like so many local media outlets were duped into clamoring for despite the laws on the books in Colorado that already address the issue, are deliberate steppingstones to criminalizing abortion by establishing individual rights for fetuses–something Colorado voters have repeatedly rejected in the form of “Personhood” amendments.

It’s upsetting that every time such a heinous crime in committed in our state, there’s a rush by anti-abortion activists to fictionalize the “need” for a fetal homicide law in order to further their own totally unrelated agenda. In truth, Colorado has a law making the wrongful termination of a pregnancy a crime, and there’s little evidence to suggest that such an additional charge would deter someone already intent on committing murder.

So please, let’s not do this. It’s deceptive and it’s totally unnecessary.