The Charleston City Paper alerts us to a recent endorsement for Rep. Mike Coffman that we had somehow missed when it came out last month–the (highly) venerable crooner Pat Boone–though the manner in which they let us know is pretty amusing:

An entertainer who made his career singing Christian hymns, but is better known lately for stoking racial division, Pat Boone is apparently a man in high demand by Republican politicians looking to lock up support of conservative senior citizens.

And as the spokesman for the 60 Plus Association, he is apparently ready and willing to supply his endorsement to deserving Trump supporters these days. So ready, in fact, that he’s got a simple form to fill out that gives him all the English words he needs to signal his support.

“I’m still singing at concerts, but today I’m singing the praises of Katie Arrington. Seniors can depend on Katie Arrington,” an announcement read today in a Twitter post by Rep. Katie Arrington, who is running for Congress in the 1st District. 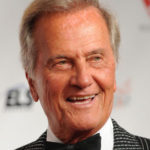 What does this have to do with Mike Coffman, you ask? Well, the City Paper directs us to a bunch of other people whom Pat Boone “sings the praises of”–

In a statement released by 60 Plus, Boone remarked, “I’m still singing at concerts, but today I’m singing the praises of Rep. Joe Wilson. Seniors can depend on Joe Wilson.” Boone and his wife, Shirley, reside in Beverly Hills, California.

In a statement released by 60 Plus, Boone remarked, “I’m still singing at concerts, but today I’m singing the praises of Larry Stutts. Seniors can depend on Larry Stutts.” Boone, 80, and his wife of 60 years, Shirley, reside in Beverly Hills, California.

“I’m still singing at concerts, but today I am singing the praises of Charles Poindexter,” Boone said.

In a statement released by 60 Plus, Boone remarked, “I’m still singing at concerts, but today I’m singing the praises of Rep. Coffman.” Boone and his wife, Shirley, reside in Beverly Hills, California. [Pols emphasis]

Please note that this release was posted in its entirety to Rep. Coffman’s congressional website. With that in mind, let’s count up the problems: first, the organization 60 Plus is well-documented as a right-wing “alternative” to the much better-known American Association of Retired Persons (AARP), set up to put a demographically appropriate face on standard fare conservative agenda items like privatizing Social Security and Medicare. Their endorsement actually hurts with seniors who are literate about these essential programs, and anyone younger who entertains the hope of functional Social Security and Medicare in their own retirement.

Second, there’s Pat Boone. In 2011, Boone declared that President Barack Obama’s birth certificate was “a fraud,” following the lead of now-President Donald Trump and so many others back when the imagined controversy over Obama’s citizenship was nearing its second peak ahead of his re-election. Boone continued to champion “birther” conspiracy theories for years afterward, and to our knowledge has never retracted any of them. Rep. Mike Coffman, as our longtime readers know, had his own bout of “birther” verbal diarrhea when he declared in 2012 at a Republican fundraiser that President Obama “is just not an American.”

Coffman apologized for his statements after one of the more memorable involuntary press appearances in modern Colorado political history, and has tried for years now to live down this moment of unscripted ugly. It’s safe to say that Pat Boone’s endorsement does not help him do that, and after Coffman took ownership of Boone’s endorsement by posting it to his own website he should definitely have to explain again what he meant about Obama not being “an American.”

After all of that, yes! Google makes it a really stupid idea to use the same quote over and over. But in Mike Coffman’s case, the story getting to that moral is what’s more important.